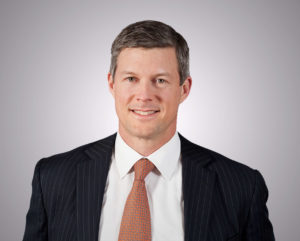 Deals are still getting done in a market where elevated prices are the new norm, but GPs flush with cash are working harder than ever to uncover and lock down the finest opportunities.

“I came into 2018 hoping that we would see some level of abatement in [prices] and competitive intensity, and I’m still waiting,” said Hythem El-Nazer, who as a managing director at TA Associates helps lead the Boston firm’s software and technology efforts. “It looks pretty similar to 2017. A lot of buyers chasing a limited number of quality assets.”

Steep valuations haven’t deterred the pace of dealmaking. Sponsor-led deal count jumped to 691 in the first quarter through March 20, accounting for $103 billion in disclosed deal value for those announced and closed, according to Pitchbook. That’s up from 619 deals and about $72 billion in value in the year-earlier period, the data shows.

Besides an abundance of equity and debt capital and high levels of leverage, the high-priced environment is further fueled by the fact that the business cycle is very strong, added Travis Pearson, who leads the software efforts as a managing director at GI Partners. “All these businesses we’re evaluating are coming off of years of strong growth.”

The level of sophistication has also spread to family-owned businesses. Troy Templeton, managing partner of Miami’s Trivest Partners, said that unlike five or so years ago, he no longer devotes so much time educating founders about PE.

“They all know the game now,” Templeton said. “Managing valuation in a rising market is certainly a No. 1 concern for us, but so far we aren’t seeing any impact on deal flow. … We’re in a peak market, there’s no doubt about it. But it keeps getting deferred out.”

It’s hard to imagine what might spark a cool down in private equity. At least near term, one force counterbalancing interest rates ticking higher seems to be tax reform, according to Jim Hudak, who as president of CIT Commercial Finance specializes in financing middle-market companies.

Hudak suspects investors are reevaluating the mindset that the market must, by logic, cycle down because we’ve been in expansion for so many years: “What tax reform has done is given this recovery a couple more years of runway.”

The most active sector in Q1 was consumer, which through March 20 produced 184 PE transactions, Pitchbook said. Industrials and technology followed, with 112 and 100 deals, respectively.

Consumer also held the reins from a size perspective, accounting for three of the 10 largest announced deals backed by U.S. sponsors, the data service said.

Competition is unrelenting. With fundraising breaking records quarter after quarter alongside an ever-expanding breadth of financial buyer types, many sponsors are gravitating away from traditional sales processes.

“We’re focused on situations where we believe we can achieve early access and information,” GI Partners’ Pearson said.

In fact, Pearson said, about 80 percent of GI Partners’ platform deals originate from outside a competitive auction. The buyout firm looks for actionable opportunities in sectors it already knows well, moving to either preempt a formal auction, pursue an off-market asset or circle back to a deal following a busted process.

“That’s where we get excited and spend our energy,” Pearson said. “If an intermediary brings us a deal and we’re not already familiar, then most likely we’re going to pass. We’ve typically been in touch with a company for a year up to six, seven years back.”

This approach, besides ensuring sufficient time to develop a plan with management, is also beneficial in that GI Partners likely won’t end up paying the absolute highest price that a robust auction tends to produce.

GI Partners isn’t alone.  El-Nazer noted that all 14 platform deals that TA closed in 2017 were originated by the firm.

According to Jefferies’s global head of sponsors, Jeffrey Greenip, the PE community has moved beyond “preemption.”

Sponsors “are identifying companies increasingly early — to the point where, if a sponsor was chasing a business they thought was a little small for them, or if they lost, they’re calling up the winner, saying: We want to buy it from you in three years,” added Greenip’s colleague, Mike Simpson, head of U.S. midcap sponsor coverage.

One way sponsors are trying to get ahead of the game is by developing “hot lists,” Simpson said. “Sponsors are going through each other’s portfolios and increasingly trying to get connectivity to PE firms they don’t know.”

Ramping up origination efforts has been a key element of TA’s strategy. The growth-focused firm visited about 3,300 companies worldwide in 2017, almost twice the 1,700 in 2010, El-Nazer said.

“We’re meeting as many interesting companies as possible before there is a process,” El-Nazer said.

Intermediaries like Jefferies have adapted. Greenip said that as middle-market and lower-middle-market firms spend more time trying to link up with larger funds, his team is increasingly focused on making strategic introductions between firms and companies.

Winning an asset isn’t everything. Inside or outside an auction, premium assets will command premium prices.

While one way to justify paying up is by lowering return expectations, El-Nazer said, TA has continued to strive to achieve a 3x return over a five-year period with the chance of a breakout.

In other words, El-Nazer said, the firm isn’t sitting around waiting for prices to get better. It’s not a question of whether you pay a full price for a great company, but rather, how do you underwrite more value at closing, he explained.

Underwriting more value comes in number of ways. Sponsors are increasingly focused on working creative angles to find and win deals through complex transactions, such as through concurrent M&A, or simultaneously buying and merging two companies, Greenip said.

At the same time, PE firms are more apt to partner up today, either by rolling over equity or taking a small piece of another sponsor’s deal, Greenip said.

Buying and combining a pair of assets is something GI Partners knows well.

For instance, the San Francisco firm not long ago announced the simultaneous acquisitions of electronic discovery software companies Consilio and Advanced Discovery. The deal, announced March 21, provided an exit for the latter’s backers, Trivest and Shamrock Capital Advisors. Jefferies advised GI Partners on the deal.

Add-on M&A, whether or not in the base case, is one thing GI Partners has lined up by the time a deal is signed, Pearson said: “It’s more important than ever to find deals that average down the entry multiple [but] don’t average down the quality of business.”

Besides leveraging your platform for add-ons, flexibility in terms of how you invest also resonates well, El-Nazer said. About one-third of TA’s deals are minority investments.

Deal structure aside, El-Nazer added that the best companies are those that offer phenomenal visibility into revenues. In fact, across the various industries in which TA invests, about 80 percent of the firm’s 2017 transactions were in companies that have recurring revenue, he said.

While software companies generating recurring revenue today are commonly valued at a multiple of Ebitda upward of 20x, there’s a lot to be said for having that “sleep-at-night quality of revenues” in a period of time fraught with uncertainty, El-Nazer said.

From a debt perspective, Greenip said that while most people tend to focus on leverage multiples, they should also be focusing on the fixed-charge coverage ratio — an important indicator of a company’s ability to pay back its financing expenses.

CIT’s Hudak added that investors should increasingly think about the best syndicate structure through which they can potentially weather the storm of a downturn.

“A lot more deals are getting done outside the bank market,” he said. “In a downturn, I think you want to make sure that the people you are putting in financing syndicates with are more bank-like and have ridden through [economic] cycles,” he said.

In terms of deal type, Simpson said the market could see the return of consortium bids for $10 billion- or $20 billion-plus take-private LBOs.

Sponsors looking to large strategics for investment opportunities is a theme already playing out in other ways. Four of the 10 largest announced deals in Q1 were carveout transactions, according to PitchBook.

While it’s too early to say whether a function of tax-policy change, there appears to be a pickup in corporate divestiture opportunities in Q1, Simpson said. His team is tracking a dozen or so of these situations across industries: “That’s double what we were seeing a year ago.”

Greenip says PE will continue to outperform public equity but the amount of work that sponsors are putting into their portfolio companies to get there is the greatest he’s ever seen.

The bar is higher once a deal is struck, Pearson said: “We feel like we have to work a lot harder today between the day we sign a deal and the day we sell.”

El-Nazer agreed:  “We’re probably working twice as hard to do the same amount of work we did 10 years ago.”

Photo of GI Partners’ Travis Pearson courtesy of the firm.

Clarification: A section of this report has been changed to indicate that all 14 platform deals that TA closed in 2017 were originated by the firm, rather than purchased outside a banker-run process.