Add-on deals in Q2 comprised 52 percent of total deal count, compared with 48 percent for platform acquisitions. In the fourth quarter of 2015, the split between add-ons and platforms was 50-50, and in other periods, platform deals made up the majority of deal flow.

Among the hundreds of add-on deals in the quarter, Blackstone Group added three companies onto Optiv Security Inc, a cybersecurity specialist created in 2015 when Accuvant and FishNet Security merged.

In the middle market, ABRY Partners LLC continued rolling up Hispanic insurance brokerages around the U.S. with its Confie Seguros platform, and GTCR closed two add-on deals for AssuredPartners Inc, its brokerage-services platform.

Volatility following the June 24 Brexit vote warranted caution for the second half of 2016. But GPs touted their prospects as they looked ahead for some breaks in the pricey deal environment.

U.S. sponsor dealmaking continued at a healthy pace in the second quarter, but remained behind 2015, while total dollar volume rose.

Private equity firms completed 356 transactions from April 1 through June 26, down 34 percent from 538 deals in the year-ago quarter.

With the $12.2 billion acquisition of ADT Corp by Apollo Global Management tipping the scales, dollar volume for the second quarter rose 9.3 percent to $37.6 billion from $34.4 billion in the year-ago quarter.

While prices rose, sponsors injected more equity into deals. Leverage levels fell to 5.31x EBITDA as of May 30 from 5.57x EBITDA in the year-ago period.

Outside of some hiccups late in the quarter on the heels of the surprise Brexit vote, the debt markets improved from earlier in the year. “The financing market is really good again,” Baird banker Coetzee said. “These windows can open and close quickly, but much of the quarter has been pretty strong.”

In the middle market, he attributed Baird’s stronger pipeline partly to pent-up demand from GPs looking to transact because of sporadic activity in January through March, as well as some spotty months in 2015.

“Firms with really nice or attractive assets are considering going to market today rather than waiting,” he said.

The deal reflects Thompson Street’s focus on partnering with founder-owned businesses, he said. It landed the deal after building a relationship with executives at the company.

“We actually met the owners at a conference two years ago, well before the business was for sale,” Dunn said in an email to Buyouts. “Those early conversations with the founders put us in a good position to successfully execute a transaction when the company came to market in a formal sale process.”

Summing up its outlook for the rest of the year, Henry McVey, head of global macro and asset allocation for Kohlberg Kravis Roberts & Co, said 2016 is emerging as a year of some choppier waters.

Despite overhang from the Brexit vote, KKR expects more limited upside and more volatility than past years, but no recession or bear market.

“Markets have cut a wide swath so far this year, enticing investors to buy and often sell at what was, in hindsight, likely the time to do the exact opposite,” McVey said. “We stick to our base case that we remain in an ‘Adult Swim Only’ investment environment, as we see more asynchronous growth ahead.”

Photo of Baird’s Chris Coetzee courtesy of the firm

The most active LBO dealmakers of Q2 2016 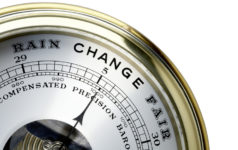 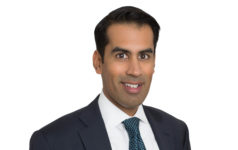 PE Deals 6 hours ago
Added to your Saved Articles
Loading
Unsave Article
Please confirm you would like to remove this article from your saved articles.
Share with other subscribers
Only logged in subscribers of this site will be able to access the shared article.