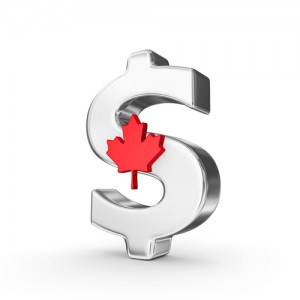 Deal-making in Canada’s venture capital (VC) market moderated slightly in dollar terms in the second quarter of 2013, but showed net growth at the end of the year’s first half. Dollars invested by VC funds totaled $485 million in Q2, down 3% from the $500 million invested at the same time in 2012, according to data from Canada’s Venture Capital & Private Equity Association and Thomson Reuters.

The number of VC financing rounds involving Canadian innovative companies fell 23% year over year, with 110 deals reported this time around, according to Thomson Reuters data.

(Click here for a PDF of the full report: English version or French version.)

A total of $886 million was invested by VC funds in the Canadian market in the first half, a level of activity that is up 17% from the $757 million invested at the same time last year. However, the number of deals done in the first half of 2013, totaling 235, was somewhat smaller relative to the year before, when 247 deals were done.

The size of Canadian VC deals continued to be generally larger in the second quarter of 2013, with company financing rounds averaging $4.4 million versus $3.5 million one year ago. This was the result of a number of major VC deals done between April and June, such as the $50 million financing of Montréal-based Enerkem Inc., the $32.7 million financing of Vancouver-based Celator Pharmaceuticals Inc., and the $20 million financing of Calgary-based Replicon Inc.

Increased deal capitalization levels led to some narrowing in the Canada-U.S. gap in company financing sizes. Indeed, to date this year, Canadian innovative companies have through VC deals garnered 53% of the dollars invested in innovative companies south of the border, compared to the 47% share averaged overall last year.

Canadian VC fund activity in global technology markets showed signs of slowing in the first half of the year. As of June 30, Canadian investor groups had deployed a total of $104 million to non-resident companies, which is down 46% from deployments made at the same time in 2012.

Toronto, September 4, 2013: The pace of Canadian venture capital investment was slightly slower in Q2 2013, but reflected net growth at the end of the year’s first half, while Canadian buyout and related private equity deal-making showed continued moderation in both periods. These were among the key findings from data released today by CVCA – Canada’s Venture Capital & Private Equity Association and research partner Thomson Reuters.

Investing Highlights: Investment Size and Clean Tech Investing Both Up

Dollars invested in Canada’s venture capital (VC) market declined slight ly in Q2 2013, with $485 million invested in total, down 3% from the same time last year. However, VC investments over the first half of 2013 of $886 million were up 17% vs. the first half of 2012. The number of deals was lower in both periods as a result of more capital being committed on a per deal basis. In fact the size of the average financing round increased from $3.5 million in Q2 2012 to $4.4 million in Q2 2013. The results were in part skewed by several large financings, such as the $50 million financing of Montréal-based clean-tech company Enerkem Inc. in June.

“Some of Canada’s highest-growth technology companies have been able to secure the financing they require in order to turbo charge their growth” said Peter van der Velden, President of the CVCA and Managing General Partner of Lumira Capital Corp. “However the average financing transaction for Canada’s innovative companies is still only 53% of that for innovative companies in the United States. Some of this is of course a function of financing stage, but our goal is to continue to close the gap, something that will only happen as a result of continued improvements in the domestic supply of venture capital in Canada.”

In terms of sector activity in the Canadian VC market, information technology (IT) led in the second quarter of 2013, with $171 million invested, or 35% of the total (this occurred despite a 45% year-over-year drop in IT-related activity).

The data for Q2, 2013 Canadian VC fund-raising activity continued to highlight a disturbing trend that was first evident in Q4, 2012. New capital committed VC funds totaled $297 million in Q2 2013, down 62%. At the end of the first half of 2013, domestic VC funds formation totaled $678 million which is less than half of $1.5 billion that was raised at the same time last year. Of the capital raised to date in 2013 more than 53% has been by retail venture capital funds and a further 17% has come from individual versus institutional investors.

“If you look at the sources of capital deployed in the first half of 2013 it is clear that domestic funds formed in the last three years have  played a very significant role” said Mr. van der Velden. “As a result, the sharp decline in new capital commitments going to domestic funds in the first six months of the year is extremely concerning.” he added. “To ensure the future prospects of thousands of promising Canadian entrepreneurs and technology companies, we must redouble our efforts to strengthen fund-raising conditions for Canadian venture capital firm s. Programs such as the federal government’s Venture Capital Action Plan should be one key leg of a multi-tiered strategy for the increasing domestic venture capital. But, in light of global competition with respect to building innovation centric economies, we would encourage domestic governments (both provincial and federal) to leave no stone unturned when it comes to working with the industry in securing stable, long term sources of capital from individual, institutional and corporate sources both domestic and foreign.”

VC fund realizations of Canadian portfolio assets continued to show strong momentum in Q2 2013. At the end of the first half of 2013, liquidity events totaled 22, which is well on track to exceed the 30 events that were reported for the whole of 2012. Strategic acquisitions accounted for over 80% of total exits, though initial public offerings also made small gains.

Investing Highlights: Dollars and Deals Both Down

Deal-making in Canada’s buyout and related private equity (PE) market continued to moderate in Q2 2013, with reported transactions totaling 72, down 27% year over year. Disclosed deal values in Q2, 2013 totaled $2.3 billion, down 42%. For the first half of 2013,
disclosed dollar flows in the Canadian market reached $4.6 billion, which was 25% lower than in the prior year.

“While it is difficult to draw too many conclusions from year to date data it would appear that most of the decline is attributable to a lack of “big deals” as the midmarket buyout and growth-equity deals are still getting done at levels consistent with what we have seen for the past 2-3 years.” said Mr. van der Velden.

In terms of deal volume, Canadian buyout-PE market activity continued to be led by natural resource sectors, which captured 30% of total transactions completed over the first half of 2013. With respect to disclosed disbursements, trends in this period were led by healthcare and other sciences sectors, which took a 28% share, primarily because of $1.2 billion acquisition of CML Healthcare Inc. by PE-backed LifeLabs Medical Laboratory Services Inc. Mining-related deals obtained the second largest share of dollars invested, or 26%.

The report found that in the first half of the 2013 Canadian buyout, mezzanine and other PE fund-raising activity was tracking well ahead of activity in 2012. New capital commitments totaling $3.7 billion went to 19 funds in this period, which is close to double the amount committed in the prior period and certainly lays the foundation to exceed the $4.8 billion raised in all of 2012.

“The fund-raising environment for buyout and private equity funds has been challenging one in recent years. As a result, the pace of fund raising activities in the first half of 2013 is very encouraging. With fund-raising activity in the domestic market on the verge of exceeding activity in 2011, and well ahead of the pace for 2012 this has been viewed as good news for traditional small and medium-sized businesses in Canada that are seeking value-added risk capital.” said Mr. van der Velden.

Along with deal activity, buyout-PE fund realizations of Canadian portfolio companies appeared to moderate in the first half of 2013. Exits from Canadian assets totaled 33 in this period, down 11% from the number of exits reported at the same time last year. Strategic acquisitions continued to drive exit trends, accounting for 61% of the total.

According to the data, Canadian buyout-PE deal-making abroad accelerated in the second quarter of 2013, with transaction values, totaling $4.7 billion, representing the second largest deployment by funds over the past twelve months. For this reason, activity in Q2 2013 was up 87% year over year. As of June 30th , Canadian funds have led or participated in a total of 28 international deals
valued at approximately $6 billion.

Thomson Reuters is the world’s leading source of intelligent information for businesses and professionals. They combine industry expertise with innovative technology to deliver critical information to leading decision-makers in the financial, legal, tax and accounting, scientific, healthcare and media markets, powered by the world’s most trusted news organization. With headquarters in New York and major operations in Eagan, Minnesota, Thomson employs more than 50,000 people in 93 countries. www.thomsonreuters.com