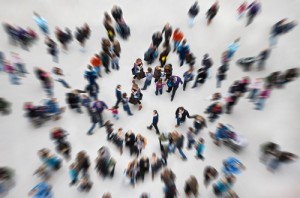 Montréal-based QA on Request.com, a provider of quality assurance testing services to web and software development businesses, has partnered with Wayra, an accelerator and venture capital investor affiliated with Spanish telecommunications company Telefónica S.A. QA on Request.com, which was founded in 2011, will receive $50,000 in financing from Wayra as develops its recently launched crowd-sourced testing platform.

Wayra provides selected startups with $50,000 in financing, as well as technical and managerial support. The news comes as QA on Request closes the chapter on its six-month participation in Start-Up Chile, a similar initiative funded by the Chilean government.

“Telefonica obviously selects companies with very high growth potential, but specifically companies developing innovative solutions that can cater to its partners in Europe and Latin America” says Simon Papineau, the company’s CEO. “We are very optimistic about the business possibilities resulting of our participation in Wayra.”

QA on Request has recently launched a crowdsourcing platform dedicated to software testing known as the Crowdsourced Testing company.

“Software testing is a pain for developers” explains Papineau, the company’s 29 years old founder. “It is time-consuming, difficult to manage and highly irregular. The industry was in dire need of innovation.”

The young founder certainly knows what he is talking about: at 23, he managed one of Gameloft’s video game development studios in Argentina. He later co-founded we+are interactive, a web and mobile development company known for its work on Radio-Canada’s Tou.tv Android application, SidLee’s website in HTML5 and several award-winning websites such as Du Big Bang au Vivant, based on the documentary with Hubert Reeves.

“Our crowdsourced software testing platform helps developers streamline their quality assurance testing process while expanding the number of devices and operating systems that their products are tested on. It is truly a breath of fresh air in an industry facing many challenges related to software testing due to the growing number of internet-ready devices in the world.”

About QA on Request

Founded in 2011, QA on Request provides quality assurance testing services to web and software development companies. The company was a part of Start-up Chile’s fifth cohort, as well as a finalist in the 2011 Angel Investors Challenge and a recipient of the Young Entrepreneur grant.

For more information about QA on Request and the Crowdsourced Testing company, visit: http://crowdsourcedtesting.com