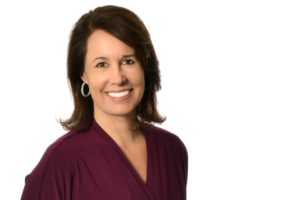 Eva Davis is the co-chair of Winston & Strawn’s Private Equity Practice and a managing partner out of the firm’s Los Angeles office.

In the wake of the downturn, what interesting dynamics are happening behind the scenes with those PE transactions that are still being pursued?

Private equity firms tend to be more creative [and] willing to create structures that try to allocate risk. They’re trying to restructure their deals and also refocus on things in diligence. This can be simple in concept but difficult in implementation.

Private equity firms are digging into the customer-demand side of the underlying business, and whether you’re a technology business or a consumer product or industrials business, it doesn’t matter. What are the changes in customer dynamics and deal dynamics there? And how might that be changing in the next three, six, nine, 12 months?

Interestingly, early on in late February, early March, people were spending a lot of time on the supply side. They still are, but there’s now a more serious focus on the demand side. There’s a lot more around diligence and the associated revenue side and cost side, and, what does the future look like?

So how are deals in the works being restructured?

We’ve been in a sellers’ market now for two, three, four, five years, I feel like, but certainly, the last year or two has been a sellers’ market. And if you came to a deal with an earnout, you as a potential bidder or buyer, you just weren’t competitive. The seller wanted to walk away with all cash, up front at closing. All the deal structures – whether it was around cash, no earnout, no seller paper, no indemnity, no escrows – everything was around maximizing cash to the seller at closing. And that’s what’s changed.

The few deals that are getting done are ones where sellers have recognized that dynamic has changed. And not all have. They’re living in a different world. But the world has changed on them, and so they’ve got to adjust where they are.

There are no market norms right now. The market’s out the window and you’re creating your own market real-time in terms of reps, warranties, structure and purchase price. And the main focus is on those earnouts.

Besides increased usage, how else have earnouts changed versus those historically incorporated into transactions?

In the past there were no earnouts, except in areas like pharma [where a business has] some key milestone on some drug discovery. Deals didn’t have an earnout to show better revenue for next year or reduced costs for next year.

I’m now seeing earnouts in technology, manufacturing, industrials and consumer. The more covid-affected they’ve been, either on the demand or supply side, the larger the earnout or the more negotiations there are around it. These are generally in businesses where there is some belief it will be better. There’s just not necessarily alignment on the timing or how that will happen or how much that will cost.

When I say earnouts are bespoke, it’s relative to that particular target company and what its pain is. Is it an essential business? Is it a non-essential business? Has it been operating or not? What does the demand for their business look like? And what is their return to the market?

And relative to that specific business, how am I going to do an earnout for what I think the next three, six, nine, 12 months or even longer look like? And to the extent I can get debt financing, which is a big question mark, instead of leveraging at 4x, 5x, 6x EBITDA, it might be 2x or 3x EBITDA.

Do you think we’ll see a return of seller indemnities?

I’m seeing it being heavily negotiated. It goes back to: sellers now having greater exposure whether it’s through an earnout or indemnity. I’m not seeing huge moves, but I’m seeing it slowing chipped away.

Right now I think my clients would rather have an upfront reduced purchase price.

Are you having many discussions with funds around full equity backstops to support M&A?

We are certainly having discussions and they go one of two ways.

First, it depends on the size of the equity backstop check relative to the overall size of the fund. If you’re a billion dollar fund, you typically wouldn’t spend more than $100 million dollars on any one investment. There’s usually some restrictions in your fund documents that you can’t spend more than 10 percent or 20 percent of a fund on any particular investment.

If you couldn’t spend more than $100 or $200 million on an investment, and you’re investing out of $1 billion dollar fund – and the purchase price for the transaction is $300 million and you can’t get financing – you can’t access the fund.

Could you actually pay for this fully out of the fund? Some of those answer no.

If the answer to both of those questions are yes, then you have a good candidate for a full equity backstop.

I find it pretty troubling. It was purportedly to save lives as well as protect from monopolistic behavior.

A couple of things: [The latter] is what the FTC is set up for. We have an entire governmental entity that looks at antitrust issues and mergers and acquisitions.

By absolutely everyone’s metric, M&A activity is down, so that department is now more available than ever to look at that behavior. I don’t have a sense that they’re lacking in their resources or that somehow they’ve stepped back on the gas on their enforcement efforts.

In times like this, M&A activity is also a source of liquidity. So if the government put out $2 trillion dollars worth of stimulus at taxpayers’ expense, why not have the private sector offer liquidity that happens through M&A and other financing activities that’s not at taxpayers’ expense.

The suggestion was that deals of $100 million or more would stop. That would mean that those companies that may need sources of liquidity that already are having difficulty accessing the capital markets now have [another] potential avenue where they might have otherwise gotten liquidity, and they can’t. Many of these same companies didn’t get any coverage under the stimulus package because they’re not a small business.

Action Item: Get in touch with Eva at evadavis@winston.com.

Correction: This report has been updated to correctly reflect the government stimulus value is $2 trillion dollars. A previous version misstated the figure at $3 trillion.

PE Deals 18 hours ago
Added to your Saved Articles
Loading
Unsave Article
Please confirm you would like to remove this article from your saved articles.
Share with other subscribers
Only logged in subscribers of this site will be able to access the shared article.