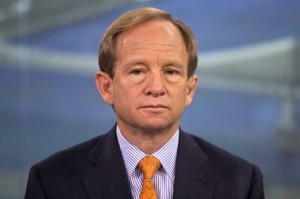 One of the more entertaining spats in private equity is apparently over.

The Quadrangle Group, in a Feb. 1 letter to investors obtained by Dealbook, said that it had “amicably and conclusively resolved our disagreement,” with Steven Rattner, who co-founded the firm. Quadrangle and Rattner have been locked in arbitration over money the former auto Czar claimed Quadrangle owes him.

The fight between Rattner and his former firm stems from the New York Pension scandal of a few years ago. Both were accused in the scandal, which involved money management firms allegedly paying kickbacks to win investments from the state pension fund. In April 2010, Quadrangle reached its own settlement with regulators and agreed to pay $12 million to settle the corruption probes. Rattner also settled with the SEC and then NYAG Cuomo, but not until after some major bickering.

Relations, however, between Rattner and Quadrangle became heated. The former car czar pursued arbitration proceedings against the PE firm to get back money he believed Quadrangle owed him. He also accused Quadrangle of trying to “shift responsibility for its penalty” to him, according to Reuters.

Quadrangle wasn’t shy in its feelings for its former co-founder. “We wholly disavow the conduct engaged in by Steve Rattner, who hired the New York State Comptroller’s political consultant, Hank Morris, to arrange an investment from the New York State Common Retirement Fund,” Quadrangle said in April 2010. “That conduct was inappropriate, wrong, and unethical.”

Now all the bickering is over. Quadrangle’s letter, according to Dealbook, contains no insults or hints of resentment. It also doesn’t disclose whether Quadrangle actually paid Rattner any money, Dealbook said. “Quadrangle expresses its gratitude to Steve for his substantial contributions to the firm over the years, and we wish him continued success in the future,” Dealbook quotes the letter.

Rattner is now chairman of Willett Advisors, which manages Mayor Bloomberg’s money. Quadrangle, despite rumors it would be winding down, is still around.