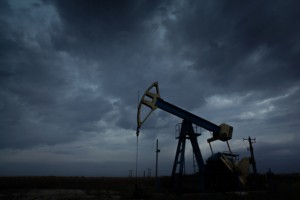 Quantum Energy Partners is holding a second close on its sixth fund at about $2.5 billion, which is the fund’s target, according to a person with knowledge of the process.

The firm, led by S. Wil VanLoh Jr., held a first close earlier this summer on $1.17 billion after a May fundraising launch, according to the person with knowledge of the process, as well as an LP source who heard the fundraising pitch.

Michael Dalton, a managing director at Quantum Energy Partners, did not return a call for comment. Park Hill Group is working as placement agent on the fundraising.

The firm’s fifth fund, which closed on $2.5 billion in 2009, was generating a 19.75 percent internal rate of return and a 1.35x multiple as of Dec. 31, 2013, according to information from the Texas County & District Retirement System.

Quantum Energy Partners invests in companies ranging in enterprise value from $200 million to $2 billion. The firm announced a partnership with oil and gas operating company Tug Hill in August to buy and develop assets in certain North American basins. Quantum and Tug Hill committed an initial $450 million in the partnership.

And in April, the firm joined an investment consortium that injected up to $300 million in Oryx Midstream Services to pursue midstream opportunities in the Permian Basin. Other investors in the deal included Post Oak Energy, Wells Fargo Energy Capital, Oryx management and other private equity investors, Quantum said in a statement.

Energy-focused funds raised a total of about $17 billion across 15 funds holding a final close in 2014 as of June, according to private equity data provider Preqin. One of the largest energy funds in the market this year was Energy Capital Partners III, which closed in April on just over $5 billion, beating its $3.5 billion target.