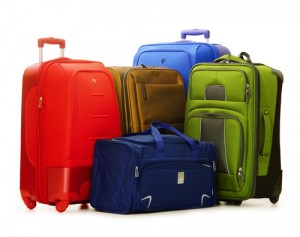 Canadian buyout firm Novacap announced it will acquire Bentley Leathers, Inc., a North American retailer of luggage and related accessories based in Saint-Laurent, Québec. Bentley, which is associated with a number of brands, including Bentley, Access, and Unic, will also have a new CEO: David Margolis, a well-known figure in the Canadian retail sector, who was recruited by Novacap. The deal is expected to close in early 2013.

MONTREAL, Dec. 5, 2012 /CNW Telbec/ – Today, NOVACAP announced that it has entered into an agreement for the acquisition of Bentley Leathers Inc. This investment by NOVACAP should allow the company based in Saint-Laurent, Quebec, to continue its growth and expansion of its various banners, including Bentley, Access, and Unic.

“Bentley” has over 400 stores in Canada and has experienced sustained growth for several years. “We are proud to announce the acquisition of this great company; Bentley Leathers is the leading luggage retailer in Canada and one of the most important players in North America. We are very pleased to have reached an agreement, thus allowing us to purchase a business that is dominant in its market” pointed out Jacques Foisy, President and Managing Partner of NOVACAP Industries.

This announcement also coincides with the retirement of the founder of the Bentley Group, Mr. Andy Chelminski, who has been active in the retail sales industry for some 50 years. “Looking back, I am proud that the single store in St. John’s, Newfoundland that we started 25 years ago has evolved to become Canada’s leading handbag, wallet, luggage and bag retailer. This agreement with NOVACAP is a positive event for the employees; they have been dedicated and instrumental to our company’s growth. I am convinced that there are many exciting things to come in the company’s future,” said Andy Chelminski.

NOVACAP has recruited David Margolis, a well-known figure in the Canadian retail industry to take on the role of Chief Executive Officer of Bentley Leathers Inc. In 1982, Mr. Margolis founded the retail chain Winners, and subsequently, the HomeSense stores. He also worked for several years as a consultant for Canadian companies in the retail industry. “I’m optimistic that we will continue to enhance the customer experience within our banners and I am excited about the opportunity, ” said David Margolis.

The new changes within Bentley Leathers Inc. will take effect in early 2013, following the completion of the transaction.

Started in 1987, “Bentley” is a chain of retail stores operating throughout Canada. It currently has 400+ retail stores that sell luggage, purses, backpacks, briefcases, sport duffle bags and related accessories under various banners, including Bentley, Access, and Unic.

With $790 million in assets under management, NOVACAP is one of Canada’s leading private equity firms. Since 1981, its distinct partnership approach based on operational expertise has helped companies accelerate their growth and maximize their value. NOVACAP ranks among the top private equity firms in North America. For more information, please consult: www.novacap.ca.