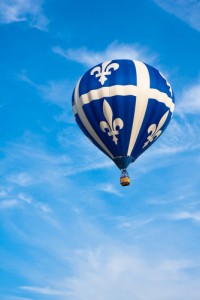 Deal-making in Québec’s venture capital market showed continued expansion in dollar terms in the second quarter of 2013. Venture capital invested totaled $246 million in the period, or better than double the $100 million invested at the same time in 2012. The number of financing rounds involving Québec-based companies was unchanged year over year, with 52 deals reported in Q2 2013.

Consequently, at the end of the first half of 2013 disbursements made in the Québec VC market were showing particular vigor, with a total of $433 million invested, or an amount exceeding the $415 million that was invested during all of 2012. With 98 deals done as of June 30, VC financings of Québec companies also appeared to be tracking ahead of activity last year.

Venture capital invested in Québec in the first half of 2013 tops the amount for all of 2012, while the buyout and private equity market stands out in comparison with the three years prior to 2012

MONTREAL, Sept. 4, 2013 /CNW Telbec/ – The second quarter of 2013 was a busy time for the venture capital (VC) market in Québec, with investments totalling $246 million, more than double the $100 million invested in the second quarter of 2012. Meanwhile, the Québec buyout and private equity (PE) market declined from the record levels of 2012, with deals in the first half of 2013 totalling $1.5 billion, still above year-long activity in 2011, 2010 and 2009. These observations are taken from the 2013 second-quarter review of activity in the venture capital industry and the 2013 first-half review of the buyout and private equity market in Québec, compiled by Thomson Reuters and issued today by Réseau Capital.

A continuing rise in VC investments is combined with slower growth in fundraising
The first half of 2013 stands out for its vigour, with $433 million invested, topping the $415 million for all of 2012. At June 30, 2013, a total of 98 deals had been recorded, 52 of them in the second quarter, the same number as in the second quarter of 2012. Also in Q2 2013, the Canadian market rose slightly, by 17%, with $886 million invested, while the United States saw a 7% decline, with investments totalling $12.6 billion. Québec was dominant, with 49% of all funds invested in Canada for the first six months of 2013. Also worthy of mention is that Montréal accounted for 41% of all funds invested countrywide.

Major deals conducted in Québec included a $50-million financing round completed in June by Enerkem, on top of the $37 million obtained in the first quarter of 2013. The scope of this deal shows clearly why the clean-tech sectors continue to drive VC market growth in Québec, bringing in $109 million in investments in Q2 2013, far exceeding the $19 million in clean-tech investment for all of 2012. In second place are the non-technology sectors, with $105 million invested, due largely to deals involving Propair Inc. of Rouyn-Noranda and Revision Military Ltd. of Montréal. VC invested in the IT and life sciences sectors fell in Q2 2013 from the same period in 2012. Early- and late-stage deals are gaining ground in Québec, though expansion and related late-stage deals continue to set the trend, absorbing 71% of total investment.

“The record in the first two quarters of the year speaks for itself: VC investments are booming, and Québec is favourably positioned to take advantage of these market conditions,” says Jack Chadirdjian, President and CEO of Réseau Capital. “In terms of fundraising, things are moving more slowly than in 2012, with market trends set by a few major closings involving limited partnerships, but we are confident of a positive shift in the situation by the end of this year.”

Canadian VC fundraising activity continued to slow in the second quarter of 2013 compared to the year earlier. New capital committed in the latest period totalled $297 million, 62% less than in the previous year. Funds raised to date in 2013 totalled $678 million, with Québec VC fund managers getting the largest share: 43%.

A slower buyout and private equity market
A total of 50 control-stake acquisitions, minority investments and other PE deals were conducted in Québec between January and June, down 22% from the number of deals reported the previous year, which was an exceptionally busy time for the PE market. The value of reported deals totalled $1.5 billion in the first half, down 44% from $2.7 billion a year earlier.

“We all recognize that 2012 was one of the busiest years for the buyout and private equity market,” Mr. Chadirdjian notes. “But the results recorded in the first half of 2013 are highly promising when compared to the last four years overall, exceeding the full year’s activity in Québec for 2011, 2010 and 2009. This market’s dynamism is vital for stimulating our economy and helping our companies improve their positioning worldwide. The key indicators we have seen are therefore highly encouraging in this regard.”

Apart from a US$1.1-billion minority interest in ArcelorMittal Mines Canada Inc. and the $186-million buyout of EACOM Timber Corp., both Montréal-based, the Québec market saw fewer large-cap deals than in 2012.

Across Canada, the PE market was also quieter, with 142 deals totalling $4.6 billion in reported investments. Québec accounted for 35% of all Canadian deals and 33% of the dollars invested.

Buyout-EP deals in Québec remain broadly diversified by sector, with the consumer and retail sector (14%) in first place, followed by manufacturing (12%), with financial services and healthcare/life sciences (10% each) ranking third. Due to the ArcelorMittal Mines Canada deal, the mining sectors accounted for 71% of all amounts reported. Agriculture and forestry represented 13% of the amounted invested due to the EACOM Timber buyout.

Minority investments were the dominant type of deal in Québec in the first half, accounting for 88% of all amounts reported, while the largest number of deals were in control-stake acquisitions, at 40%.

In the first half of 2013, Canadian mezzanine, buyout and other PE fundraising activity appeared to be tracking well ahead of activity reported in 2012. New capital commitments totalling $3.7 billion went to 19 funds, including Québec funds, nearly double the amount committed in the same period last year.

About Réseau Capital
Réseau Capital, founded in 1989, is the only private-equity association that brings together all stakeholders involved in the Québec investment chain. Its mission is to contribute to the development and efficient operation of the private-equity industry, which plays a major role in the development and financing of businesses in Québec. Réseau Capital has more than 425 members representing private-equity, tax-advantaged and public investment companies, as well as banks and insurance companies, accounting and law firms, angel investors, and many professionals working in the field.