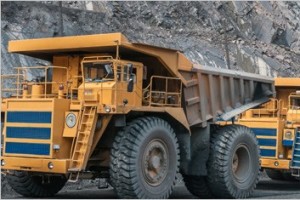 The Québec government has confirmed a $20 million investment in the acquisition of Bloom Lake Mine and related assets by Champion Iron Ltd (TSX: CIA). Champion recently announced it closed a $30 million private placement financing, joined by U.S. private equity firms Wynnchurch Capital and Resource Capital Funds, to help fund the deal. Ressources Québec, a subsidiary of government-run Investissement Québec, is also in discussions concerning its provision of a $6 million loan.

In addition, Ressources Québec, a subsidiary of Investissement Québec, is pursuing discussions with a view to granting a $6-million loan to Québec Iron Ore Inc. to assist with the project.

“With the Capital Mines Hydrocarbures fund, our government is here to help companies like Champion Iron Limited that are launching growth-generating projects for the Québec mining industry,” said Minister Anglade. “The acquisition of the Lac Bloom mine’s assets is great news that will boost Québec’s competitive edge in the iron ore sector once market conditions are favourable again.”

Champion Iron Limited’s agreement to purchase the assets, which had been put up for sale after Cliffs Quebec Iron Mining declared bankruptcy, was approved by the Superior Court of Québec last January.

“The Lac Bloom mine is of strategic importance to Québec, especially the community of Fermont. It is therefore with great enthusiasm that we welcome this announcement on the takeover of its assets, which will provide further stimulus for economic activity in the Côte-Nord region and contribute to the Plan Nord’s success,” added Minister Arcand.

“Since the very beginning, our government has been there to answer Champion Iron Limited’s call and maintain the assets of the Lac Bloom mine, paving the way for the quick resumption of economic activity in the Côte-Nord mining industry. Today, we are proud to see that our efforts are paying off!” concluded Minister Blanchette.

Capital Mines Hydrocarbures fund
Created as part of the Ministère de l’Économie, de la Science et de l’Innovation and managed by Ressources Québec on behalf of the government, the Capital Mines Hydrocarbures fund has $1 billion in funding and is used by the Québec government to acquire stakes in mining, oil and gas companies that extract and process minerals on public lands. In particular, the fund was created to support the relaunched Plan Nord by providing an additional source of funding for private capital investment projects.