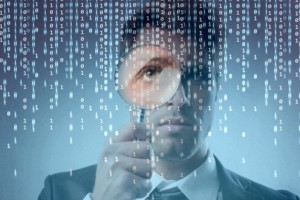 Now that many private equity firms have gone through the time-consuming and expensive process of registering with the Securities and Exchange Commission, two congressmen are questioning the wisdom of the process.

“The SEC examination process has proven to be burdensome, costly, inefficient and inflexible; at the same time, subjecting this set of advisers to the examination process does not appreciably further the goals of investor protection of financial stability,” the letter states.

In SEC parlance, “advisors to private funds” with assets greater than $150 million were required to register with the SEC as part of the Dodd-Frank Wall Street Reform and Consumer Protection Act. The rule exempts some small funds, and significantly, venture capital funds, but the bulk of private equity funds fall within the parameters of the rule.

Registration comes with the very real possibility of facing an SEC examination which, if you believe some GPs’ descriptions, is not much more pleasant than your average root canal.

However, many firms have geared up and prepared for this eventually, building up their back office capabilities and appointing or hiring certain executives to take responsibility for preparing for life under the SEC’s gaze.

Still, Hensarling and Garrett make some valid points, including the idea that the investors the SEC is vowing to protect include highly sophisticated institutions like the California Public Employees’ Retirement System, the largest public pension fund in the United States, and individuals with a net worth of more than $1 million (excluding the value of the investor’s primary residence).

These are far from the kind of investors who need special layers of SEC protection. At their level, these investors understand (or should) the risks of investing in private equity.

The other rationale for registration is systemic risk. The SEC has claimed it needs oversight of private fund advisers because of the potential for a catastrophic blow to the economic system when they fail. This is far from the case. I can’t think of a single private equity firm with the kind of power, like an AIG or Lehman Brothers, to take out the economy.

It’s good to see the congressmen questioning the validity of the registration regime. Other members of Congress have introduced legislation in the House that would exempt most firms from having to register with the SEC.

However, at this point both sides have made significant investments in this new system of oversight, and SEC registration has become a way of life in the industry. It may be too late to go back.