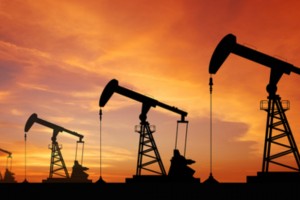 A proposed commitment to the Warburg Pincus Energy Fund failed to win approval by the Oregon Investment Council after the manager of the $70 billion state pension system raised questions over its economic terms.

The sticking point may have been that, consistent with its prior funds, the Warburg Pincus pool does not offer a preferred return to limited partners as part of its fee structure, according to James Sinks, a spokesman for the state. By contrast, Energy & Minerals Group Fund III, which drew a $250 million commitment from the council, does offer a preferred return. A preferred return is a minimum rate of return that fund sponsors promise to deliver to investors before taking their cut of profits in the form of so-called carried interest.

Sinks said that three members of the five-member council raised questions about the fund economics, and that a proposal by its staff and adviser TorreyCove Capital Partners to commit up to $150 million to the Warburg Pincus energy fund did not come to a vote at its April 30 meeting.

“The concerns were structural, based on the return structure for LPs, and at this point it is unlikely it will be back,” Sinks said in an email to sister publication Buyouts. A representative for Warburg Pincus declined to comment.

The terms of the Warburg Pincus Energy Fund include a lower-than-usual management fee, a standard rate of carried interest, and no preferred return, according to a memo on the fund from TorreyCove, an adviser to the Oregon Public Employees Retirement Fund. No specific figures were provided in the memo. But private equity firms typically charge a 2 percent management fee, a 20 percent carried interest and an 8 percent preferred return.

“None of Warburg’s prior funds, including those OPERF has invested in, have had a preferred return; instead, Warburg charges a lower-than-market management fee to economically offset the lack of a preferred return,” according to the TorreyCove memo. ”All transaction and monitoring fees are subject to a 100 percent management fee offset.” An executive at TorreyCove contacted by Buyouts declined to comment.

Since 1998, Warburg Pinucs has made 60 energy investments that generated an aggregate net internal IRR of 20.5 percent, according to the memo from TorreyCove. “Warburg, along with EnCap and Yorktown, represents one of the oldest and most experienced energy private equity practices,” the TorreyCove memo said.

Oregon Investment Council has been at the forefront of negotiating more favorable fees as a way to align interests between LPs and general partners. Last September, Jay Fewel, then-senior equity investment officer, told Buyouts the firm has not made a commitment to a private equity partnership since the beginning of 2011 that didn’t provide a 100 percent management fee offset.

Energy & Minerals Group’s terms include a management fee on committed capital with a standard carry and preferred return. All portfolio company fees are offset 100 percent against management fees.

Energy & Minerals Group traces its roots to 2006 when founders John Raymond and John Calvert started the firm to pursue “a broad natural resources investment mandate,” according to the memo from TorreyCove.

As of Sept. 30, Energy & Minerals Group Fund I generated an IRR of 24.5 percent, while Fund II has generated an 11.9 percent IRR as of the same date.