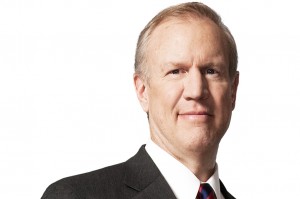 Rauner, who joined the Chicago-based private equity firm in 1981, has left to devote more time to “civic and philanthropic interests,” a statement says.

His departure was not unexpected. In August 2010, peHUB reported that Rauner was scaling back his activities and was in more of an advisory role at the firm. The change occurred during the fundraising of GTCR’s tenth fund, which ended up collecting more than $3.25 billion.

Rauner, 56, is also rumored to have political aspirations. The PE exec is widely believed to be weighing a run for Illinois governor in 2014 on the Republican ticket. (Rauner has called such rumors “unproductive speculation,” according to the Chicago Tribune.) He’s been deeply involved in public service in Chicago, most notably in helping to push education reform in 2011 and also criticizing the recent teachers strike.

GTCR is an upper-middle market PE firm that focuses on financial services & technology, healthcare and information services & technology. Investments include the Zayo Group, ConvergEx, and ATI Physical Therapy. The firm does not have a CEO or a chairman. GTCR, instead, is led by Philip Canfield, Collin Roche and David Donnini, who are all managing directors. Rauner was a principal until a few weeks ago when the firm changed those titles to MDs.

UPDATE: Canfield says that Rauner’s transition has been in the works since 2003 when GTCR raised its eighth fund. GTCR’s other leaders, including Canfield, began running the firm back then, he says.

“Bruce is one of great pioneers in our industry and a great networker,” Canfield says. “He had a great 30-year run at our firm. We’re just pleased and proud to have been partners with him.”

Rauner was technically not a founder (he joined GTCR a year after the PE firm was founded), but he was a leader and he did pass the reins on successfully over a 10-year span, Canfield says. “We had a really smooth transition,” he says. “I commend [Rauner] for handling it that way.”

Canfield says he doesn’t know if Rauner is running for Governor, but “he has given it a lot of thought.”

I asked Canfield if he would vote for Rauner if he did run for Illinois governor. “Yes, I would,” he says.