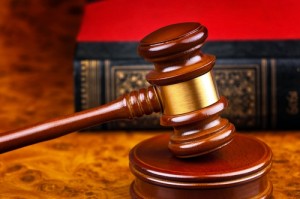 The Delaware Supreme Court on Monday upheld a US$76 million damage award against RBC Capital Markets for its role in the 2011 sale of ambulance company Rural/Metro but described its closely watched decision as a narrow one.

Wall Street feared a 2014 ruling by the lower Court of Chancery could expose financial advisers on merger deals to potential liability if a board mishandled the sale of a company.

The lower court found RBC was liable for convincing the board of Scottsdale, Arizona-based Rural/Metro to rush into a US$438 million buyout led by private equity firm Warburg Pincus.

RBC, a unit of Royal Bank of Canada, was found by the lower court to have concealed that it was also trying to win the more lucrative role of providing financing to Warburg.

“We are disappointed with the court’s determination but respect its decision,” said RBC in a statement.

While the Delaware Supreme Court opinion upheld the damages against RBC, the opinion also sought to tamp down fears that broad new responsibilities were being imposed on Wall Street’s banks.

“Accordingly, our holding is a narrow one that should not be read expansively to suggest that any failure on the part of a financial adviser to prevent directors from breaching their duty of care gives rise to a claim for aiding and abetting a breach of the duty of care,” said the 105-page opinion. The opinion was written by Justice Karen Valihura.

The opinion also said shareholders must prove a financial adviser acted with intent, which the court said makes the claim “among the most difficult to prove.”

The lower court ruling had been called a sea change by the Securities Industry and Financial Markets Association because of the way Vice Chancellor Travis Laster extended liability for corporate mergers to advisers from board members.

In the wake of Laster’s Rural/Metro opinion, numerous class actions have been filed by shareholders against Wall Street banks for the advice they gave to boards during mergers.

In RBC’s appeal, it argued that because Rural/Metro’s corporate charter protected directors from damages if they breached their duty of care, as Laster found they did, RBC cannot be held liable for aiding such a breach.

It said to accept RBC’s logic would “create a perverse incentive system wherein trusted advisers to directors could, for their own selfish motives, intentionally mislead a board only to hide behind their victim’s liability shield.”

The Supreme Court did reject Laster’s characterization of financial advisers as “gatekeepers” to the board who would be best motivated if they were exposed to lawsuits by shareholders.

“Adhering to the trial court’s amorphous ‘gatekeeper’ language would inappropriately expand our narrow holding here by suggesting that any failure by a financial adviser to prevent directors from breaching their duty of care gives rise to an aiding and abetting claim against the adviser.”