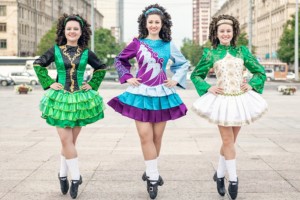 Royal Bank of Scotland (RBS.L) has sold 4.8 billion pounds ($7.5 billion) of Irish property loans to U.S. private equity firm Cerberus, shedding a big chunk of problem loans under its plan to shrink its business in Ireland.

Cerberus made a second big bet on Tuesday on a recovery in UK and Irish property when it also bought a 1.2 billion pound ($1.9 billion) portfolio of mostly non-performing commercial property loans from National Australia Bank (NAB.AX).

RBS, which is 80 percent owned by the UK government and is cutting back its overseas operations, said it would receive up to 1.1 billion pounds in cash from the sale of the Irish loans, subject to some conditions.

RBS has lost billion of pounds in Ireland after the country’s property crash, but in October decided to keep the business after a five-month review.

Chief Executive Ross McEwan put the Irish loans that RBS does not want into a “bad bank” of assets it wants to sell or run down and said the remaining smaller Irish business could deliver attractive returns in the future.

McEwan last week said he did not expect to get back the 15 billion pounds in capital the bank had sunk into its local Ulster Bank business since the financial crash, however.

He told The Irish Times that was “part of the price of us actually having to save the business” and said the business could deliver 10-12 percent return on equity in the next four to five years.

The value of the loans bought by Cerberus had been previously written down by RBS. The portfolio had a carrying value of about 1 billion pounds and risk-weighted assets of 1.2 billion pounds at the end of September, RBS said.

The portfolio made a loss of 800 million pounds in 2013, mainly due to provisions for bad loans.

RBS on Tuesday scraped through a health check of British banks, with the Bank of England saying it narrowly held enough capital to withstand a severe UK recession.

New York-based Cerberus’ purchase of UK loans from NAB is part of the Australian bank’s plan to exit its UK operations, where it has taken big losses at its Clydesdale and Yorkshire Bank businesses. It will cut NAB’s UK commercial real estate portfolio to 836 million pounds from 5.6 billion pounds two years ago, NAB said.