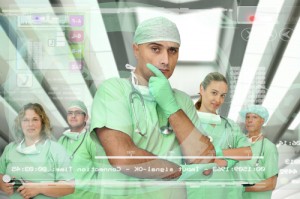 BDC Venture Capital Healthcare Fund recently launched The Healthy VC, a blog intended to stimulate dialogue and debate about the fast-growing healthcare technology sector – and the opportunity it presents to venture capital firms and their entrepreneurial partners.

In an interview with peHUB Canada, the fund’s senior managing partner Dion Madsen said The Healthy VC aims to get people talking about the “massive transformation” taking place in global healthcare systems as stakeholders turn to innovation to meet new and complex challenges.

“Everywhere we see healthcare delivery systems trying to do more with the same – or less,” said Madsen.

To manage burgeoning costs, shifting demographics and higher levels of demand, governments, employers and insurance companies are all looking for new ways to raise healthcare productivity and efficiency. They are at the same time looking to improve patient accessibility and outcomes. This is tough to accomplish because “modern medicine is being practiced with outdated infrastructure,” said Madsen.

Overburdened healthcare systems may find relief in the rise of new technologies.

“Increasingly, solutions are being found in the wider availability of wireless and mobile technologies, high-throughput genomic sequencing, and the latest innovations in healthcare IT,” he said.

A 2012 study in the U.S. by Deloitte found that this trend is also being driven by market demand for more digital healthcare options and online sources of information. This is especially the case for a tech-savvy younger generation which is now entering life stages in which health issues assume greater prominence. That group is interested in such things as wellness apps, patient portals, video conferencing with doctors, and wearable medical technology.

The survey shows that patients and other healthcare users are increasingly viewing themselves as consumers, said Bill Stamatis, Deloitte’s national life sciences leader.

“And many of these consumers want the latest innovations in treatment and delivery services” he said. “We’ve found that it is these people who report the most satisfying healthcare experiences.” 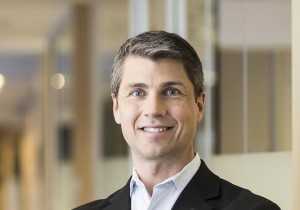 It has taken a while for investors and entrepreneurs to catch up with this phenomenon and its potential “to radically transform healthcare delivery across the planet,” said Madsen.

But things are beginning to change. There is growing recognition in the venture world of the expanded investment opportunity offered by a global healthcare market that is estimated at over US$10 trillion, he said. He also expects steady growth in the number of healthcare-focused startups in Canada and the U.S.

Business Development Bank of Canada (BDC) has taken a key step in this direction by providing additional resources to BDC Venture Capital Healthcare Fund, which is one of three sector-specific funds managed by BDC Venture Capital.

In September,  BDC healthcare fund’s parent committed an additional $135 million to its activity, bringing total managed capital to $270 million. This will allow the fund to continue making investments in biopharma and other traditional life sciences sectors, but also to explore deal flow in such areas as innovative therapeutics and medical technology, diagnostics, health IT, mobile technologies and services, as well as robotics and automation.

The fund has already had some experience in Canada’s emerging healthcare technology sector., said Madsen. He pointed to several portfolio companies, including Calgary’s Circle Cardiovascular Imaging, which develops analytical software for the cardiac imaging community. BDC’s healthcare fund led a $3.6 million financing of Circle in 2012. This year the fund made an undisclosed investment in Medcurrent, a Toronto-based provider of decision support systems for physicians concerning radiology procedures.

Madsen joined BDC in 2012. Prior to that he was a partner at San Francisco, Calif.-based Physic Ventures, a venture capital firm he co-founded in 2007. Madsen acquired many of his market ideas and insights while leading the healthcare technology practice at Physic, which he characterized as a pioneer in the sector. He was also managing director at Unilever Technology Ventures, and partner at RBC Capital Partners Life Sciences Fund.

Still, there will be challenges in doing deals in a new Canadian sector. For example, many early-stage healthcare enterprises will encounter barriers to commercializing their products. BDC healthcare fund will assist in product validation by leveraging networks and partnerships that connect startups early on with customers. It will also strive to ensure well-capitalized financings of startups with especially strong growth prospects. For the purposes of deal syndication and value added, the fund plans to syndicate with a range of specialty funds and other investors, both domestic and foreign.

Madsen and the BDC healthcare fund’s team of five investment pros are likely to find partners among Canadian venture firms that have recently launched or closed life sciences partnerships. These include CTI Life Sciences Fund and Lumira Capital, which last month secured commitments for their current fund offerings from the federal Venture Capital Action Plan.

New commitments to these and other funds is welcome news to the broader Canadian life sciences sector, which has so far in 2013 accounted for only 12.7% of the total $886 million of venture capital invested in Canada, according to Thomson Reuters (publisher of peHUB Canada). Life sciences has in the past typically accounted for closer to 25% of domestic market activity.

Will future growth in life sciences deal-making be led by the healthcare technology space? For a considered prognosis, you might want to consult The Healthy VC.

Photo of healthcare professionals and modern screen courtesy of Shutterstock.

Photo of Dion Madsen courtesy of the Business Development Bank of Canada.