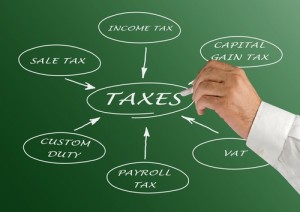 While much attention has been focused on whether the Bush tax cuts will expire at year-end, one tax change is almost certain – a new 3.8% Medicare tax on net investment income will take effect on January 1, 2013. Targeting high net worth individuals with modified adjusted gross income of $200,000 or more ($250,000 for married couples filing jointly), the new tax could hit some or all of your short and long-term capital gains from the sale of equity in M&A transactions. For M&A deals with an initial closing date in 2012, or older deals with escrows scheduled to be released next year, the maximum federal tax rate could rise to 23.8% (20% + 3.8%) on net long-term capital gains (versus 15% in 2012) and 43.4% (39.6% + 3.8%) on net short-term capital gains (versus 35% this year). As a result of this likely increase, there are two tax tips you should consider as part of your year-end planning if you recently participated in M&A transactions.

Tax Tip #1: Consider Electing out of the Installment Method for Reporting Gains from M&A Transactions

Given the projected rise in taxes on investment income, shareholders in M&A deals that closed in 2012 should consider accelerating recognition of their capital gain. While most transactions with escrows and holdbacks use the installment method to defer taxes until merger proceeds are actually received, such as when an escrow is released, taxpayers usually have the option to elect out of the installment method and recognize the entire gain from the sale at closing, thereby locking in 2012 tax rates. Further, this election can be deferred until taxpayers file their 2012 returns, thereby providing shareholders with plenty of time to evaluate their options. Cash flow planning is also essential when determining whether to make this election as the taxes on the gain allocated to the escrow or holdback will most likely be due prior to the escrow release date if the taxpayer elects out of installment method.

Unfortunately, electing out of the installment method to accelerate recognition of the capital gain most likely only works for M&A deals that will have closed in 2012 because the election has probably already been made on earlier transactions. What about deals that closed prior to 2012 that have escrows yet to been released? Consider selling your escrow interest to a third party prior to December 31, 2012. Doing so should lock in the 2012 capital gains rate as well as eliminate further exposure from potential indemnification claims and losses.

SRS offers two services for shareholders wishing to recognize tax gains and losses in 2012. First, SRS EscrowExchange™ may be able to provide immediate liquidity by purchasing escrow interests at a discount, thereby allowing early recognition of capital gains. Second, for those shareholders wishing to recognize losses with proof of sale on “worthless” securities that they no longer wish to carry on their balance sheet, SRS purchases residual interests in those other types of securities (stocks, notes, etc.) for nominal consideration as a value-added service for our clients. The process and paperwork for either type of transaction is simple and can be completed quickly.

This article is intended to provide information of general interest to the public and is not intended to offer legal or tax advice about specific situations or problems. You should consult a lawyer or accountant if you have a legal or tax matter requiring attention.  SRS EscrowExchange is offered by SRS EscrowExchange LLC, an affiliate of Shareholder Representative Services LLC, and only purchases small portions of certain escrows in which SRS is serving as the shareholder representative.