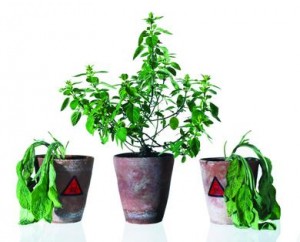 As the global recession hits, industrial companies are busy selling surplus EU Carbon Allocations (EUAs) in order to raise short-term cash and smelters such as Arcelor Mittal have shut down across Europe flooding the market with cheap carbon allowances. Alessandro Vitelli, director of strategy at IDEACarbon, a carbon finance ratings agency, said: “The price implications of the recession are already being seen EUA prices have fallen from their 1 July peak of €29.33 to a low on 28 October of €17.40. We forecast a floor price of €15.”

Decreased industrial activity reduces the amount of air pollution in the short term but cheap EUAs are being snapped up by the ultra-dirty European utilities which face huge carbon shortfalls and are slow to adopt cleaner methods.

The Emission Trading Scheme (ETS) market is also fed by the CER (certified emission reduction) market, supported by the United Nations. Many of these companies based in developing countries are backed by private equity and hedge funds and it is this type of business which may suffer most in the economic downturn as CERs typically trade at a €1 to €2 discount to EUAs. Ian Simm, CEO of Impax, which runs a green hedge fund and a private equity fund, said: “We have stayed away from investments in CER businesses because we’ve seen a waterfall of risks including development and execution risk, foreign currency and repatriation risks associated with developing countries and the onerous process around validating and exporting the CER asset and the price.”

One company that hasn’t shied away from the CER market is Carbon Capital Markets. This group runs the Carbon Asset Fund which invests in projects all over the developing world especially in Central and South America and South East Asia. The companies that it backs specialize in destroying methane created by landfills by flaring it or turning it into energy. The company is rewarded with CERs by the United Nations. Carbon Capital Markets has developed a sophisticated business based around these assets. It backs the companies that earn CERs; it has a specialist team to process and file for the CERs from the UN; and it has a trading team which actively trades all positions, spots, forwards and futures on the ETS.

Nick Eagle, the director of sales and trading for Carbon Capital Markets, isn’t worried about the current discounts on CERs. He said: “Each European company is allowed to buy a set allocation [13%] of CERs. So the CER price doesn’t really change that much because of this because when the EUAs price is down the CER price is down too. But you can always swap CERs for EUAs and deliver back EUAs.” The ETS is a fully functioning market with spots, forwards, futures and options but there is also an active over-the-counter market for CERs too. Many polluters such as ceramics plants and power stations buy CERs directly from companies in the developing world without using the ETS at all.

Ratings agency IDEACarbon believes that sales of CERs may be held back by developers until prices are back up at high levels. On the supply side a recession is unlikely to hamper the development of most existing projects but it lowers returns for those considering new projects.

Carbon’s current low price reflects the changes in the global economy but the concept is far from obsolete. The Regional Greenhouse Gas Initiative (RGGI) is the first mandatory, market-based effort in the United States to reduce greenhouse gas emissions. Ten Northeastern and Mid-Atlantic states aim to cap and reduce CO2 emissions from the power sector 10% by 2018. The RGGI will officially launch in January.

European carbon traders see investment opportunities. Nick Eagle of Carbon Capital Markets said: “We are not trading on the US markets at the moment but hope that the developers will be looking to integrate it with the European market by issuing one credit that can be used across schemes. This is important for liquidity and to encourage investment on the new exchange.”

There is always the fear that in the current financial situation the instinct is to ignore the environmental problem. But the current credit crunch is short term in comparison with the issue of global warming. Private equity players are convinced that carbon trading and green investing are both here to stay.