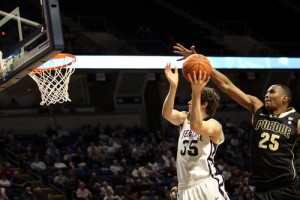 (Reuters) – Three longtime banks for private equity firm KKR & Co LP have snubbed a request for a $725 million buyout loan over concerns it is too risky to pass muster with U.S. regulators, sources familiar with the situation said on Thursday.

The banks had funded a similar deal six months earlier.

The Federal Reserve, the Office of the Comptroller of the Currency and the Federal Deposit Insurance Corp jointly issued guidelines in March 2013 that require banks to cut down on junk-rated loans that would raise the debt levels of a company beyond certain thresholds.

Last month, regulators launched an annual examination of banks’ loan books, known as Shared National Credit reviews, and stepped up enforcement of the guidelines. The reviews will likely determine to what extent banks can make exceptions to the guidelines, which have been criticized by many leveraged finance professionals as ambiguous.

At the time, Moody’s Investors Service pegged Brickman’s leverage at 6.8 times its annual earnings before interest, tax, depreciation and amortization (EBITDA). Under the regulatory guidelines, leverage in excess of six times EBITDA raises concerns for most industries.

Now, the three banks have refused to bankroll a bid by KKR-owned Brickman to buy rival landscaping company ValleyCrest Companies LLC, as they seek to cut back on making new loans that do not comply with the leveraged lending guidelines, the sources said. Dell Inc founder Michael Dell’s investment firm owns ValleyCrest.

It is unusual for banks that lead the financing of a leveraged buyout of a company not to be tapped for smaller follow-on financings.

Jefferies Group LLC, a privately held brokerage whose leveraged finance business is not overseen by the same regulators, has stepped up to lead the financing of Brickman’s deal instead, the sources said. Jefferies had not participated in the December deal.

The sources asked not to be identified because the discussions are private.

Banks have occasionally passed on leveraged loan deals in the past for fear of upsetting regulators. However, the decision by three big Wall Street banks to not back one of their biggest private equity clients highlights how regulations created after the financial crisis are reshaping the competitive landscape in leveraged finance.

Smaller banks and non-bank financial institutions in the United States that are not regulated to the same extent are stepping up to take over lucrative business as major Wall Street firms are forced to pull back.

Leveraged loans are lucrative for banks. Last year, banks received $1.47 billion in fees for U.S. leveraged loans, up 17 percent from 2012, according to Thomson Reuters and Freeman Consulting data.

Macquarie, Mizuho and SMBC are partipating in the ValleyCrest deal, as is a new bank, Nomura Co Ltd, one of the sources said. A bank meeting to market the $725 million loan to debt investors has been scheduled for June 4.

It was not clear how some of these banks would overcome regulatory concerns. Representatives for those organizations did not immediately respond to requests for comment.

Some of the sources suggested projected synergies between Brickman and ValleyCrest could reduce the company’s leverage to below six times EBITDA.

Earlier this month, a senior Fed official said in a speech that the quality of leveraged loan deals has deteriorated this year and warned that regulators may have to take further action to ensure compliance with the guidelines.