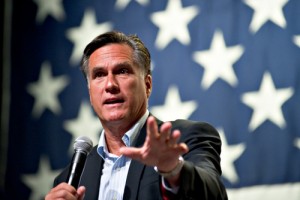 SAN DIEGO (Reuters) – Mitt Romney’s declaration that he is considering a third shot at the White House after being a two-time Republican presidential loser was widely greeted with disdain at a national gathering of Republican activists on Thursday.

If Romney, a former Massachusetts governor, does enter the 2016 presidential race, opposition to a possible third White House attempt is already widespread and deeply felt, according to interviews with a gathering of grassroots Republican party members where Romney is scheduled to speak on Friday night.

At the Republican National Committee winter meeting in San Diego, many of the roughly 300 activists in attendance said Romney had his chance. A third bid would also buck historical trends. Only one presidential candidate, Richard Nixon, lost a presidential race, as he did in 1960 to John F. Kennedy, to go on to win the White House in a later race. Nixon won the 1968 presidential election.

“Mitt Romney. He didn’t run his campaign right against Obama. He flubbed it. Another Romney candidacy would be a complete disaster, and I don’t think he’ll even get there,” said Bill Eastland, a Republican party member from Texas.

Should he choose to run in 2016, Romney will still be a formidable candidate, having maintained a network of wealthy donors and having learned lessons from two national presidential campaigns.

Moreover, Republican party activists, generally conservative, have not been the sole determining factor in recent Republican nominating fights, where moderates and independents have a big say.

Diane Nelson, a Republican party member from South Dakota, was asked about the potential Republican candidates for 2016. “We have many wonderful options,” she said.

What about Mitt Romney?

One Republican strategist, who is hedging bets against candidates this early in the race and so wanted to speak on the condition of anonymity, said: “We hear he is getting his old team back. We are all really concerned because his old team didn’t do such a great job last time. Everyone I talk to says he had his chance, and his chance has gone. They are desperate for someone new. And what would he do different this time?”

Vocal Romney supporters were scarce, but some members at least welcomed a healthy contest.

Glenn McCall, a Republican party member from South Carolina, said he looked forward to another Romney candidacy, because it would bring competition to the whole field.

“He definitely has the experience, and the infrastructure, and that is what it takes.”

Overall, however, the mood in San Diego chimed with a broader backlash against a third Romney candidacy. Rupert Murdoch, owner of the Wall Street Journal, said on Wednesday that Romney had been a “terrible candidate” in 2012. Frank Keating, a former Republican Oklahoma governor, told The New York Times: “He had his chance.”

Even as Romney said he is considering running again, some of the party’s top donors were lining up behind former Florida Gov. Jeb Bush, who has said he is actively exploring a White House run. If Romney entered the race, he would be competing with Bush for many of the same donors.

Many party members in San Diego said they were eager to look at Bush but seemed enthused by more conservative candidates such as Senator Ted Cruz from Texas.