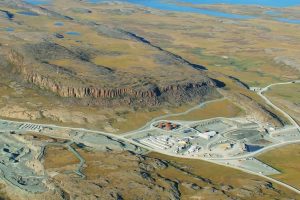 TMAC Resources Inc, a portfolio company of U.S. private equity firm Resource Capital Funds (RCF) and other investors, has completed its previously announced initial public offering (IPO), giving TMAC a Toronto Stock Exchange listing under the symbol “TMR”. The offering, which was targeted to raise $135 million in proceeds, brought in $155.1 million in total, which accounts for an over-allotment purchase option granted to underwriters. The IPO’s net proceeds will be used in part to fund development of the Toronto-based company’s Hope Bay gold project in Nunavut. The project is scheduled for initial production in December 2016.

Terry MacGibbon, TMAC’s Executive Chairman stated, “We are very pleased that, as a result of strong demand, we were able to upsize the IPO from $105,000,000 to $135,000,000. The underwriters have now substantially exercised their Over-Allotment Option and the Company received today additional gross proceeds of $20,100,000, bringing the total gross proceeds of the IPO to $155,100,000.”

Catharine Farrow, TMAC’s Chief Executive Officer stated, “This successful IPO, including the exercise of Over-Allotment Option, along with our January 2015 treasury and the previously announced senior secured term loan facility provides the Company with over $370 million to fund our total pre-production expenditures of approximately $290 million, comprised of $206 million of pre-production capital expenditures on the Hope Bay Project, $26 million of collateral for reclamation bonding letters of credit and $58 million of corporate, exploration, permitting and general expenditures (please see TMAC’s final prospectus for the IPO dated June 26, 2015 (the “Prospectus”)). We remain on schedule and budget to achieve initial production at Hope Bay in December 2016.”

The Common Shares trade on the Toronto Stock Exchange under the symbol “TMR”. With the closing of the Over-Allotment Option there are 77,613,259 Common Shares issued and outstanding.

TMAC Resources Inc. was incorporated under the OBCA on October 30, 2012. The Company’s principal business objectives are the acquisition, exploration and development of precious metal resource properties. The Company’s principal asset is a 100% interest in the Hope Bay Project, which it acquired from Newmont in March 2013. The Company’s near term goal is to bring the Hope Bay Project into production, beginning with bringing the Doris deposit into production by the end of 2016.