PE Hub
Home Opinion Resume Fraud: How We Can Learn from the Yahoos of the World
Return to search
Scoops & Analysis 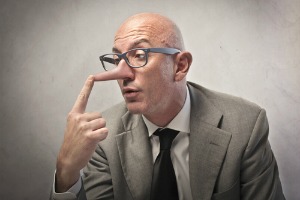 Scott Thompson is not the first and unfortunately he will not be the last. Lying or exaggerating accomplishments is a parlor trick older than the combined age of the board of Yahoo! To avoid being fooled, you must know where to go to debunk the fibs and frauds that appear on resumes and CVs.

Let’s go back to Scott Thompson. As you all know by now, the biography for Thompson (who unfortunately just announced he has thyroid cancer) on file with the SEC states he has a bachelor’s degree in accounting and computer science however it was determined by Dan Loeb, the activist investor with impressive due diligence skills, that Thompson’s degree was actually only in accounting and that computer science, as a major, was not offered at Thompson’s alma mater until after he left. Having run a premiere background check organization for over 20 years, let me tell you this is an extremely common type of embellishment.

To confirm education credentials (everything from matriculation to graduation in both undergraduate and graduate programs), most colleges and universities have handed their records to National Student Clearinghouse (a third-party) to deal with verifications. National Student Clearinghouse has an easy website that guides you through the degree verification process. Some schools still retain their records and a simple call to the registrar of the school should yield results however some schools do require a signed release in order to verify any enrollment or degrees. And, confirming professional accreditations, such as Certified Public Accountant (CPA) or Chartered Financial Analyst (CFA), is just as important as these accomplishments are often misrepresented as well. CPA certifications can be confirmed by the individual state that licenses accountants and the CFA Institute maintains records of all CFA designations.

But confirming (or denying) these representations on a resume or CV is just the beginning of the necessary steps in a comprehensive background check. To ensure there are no underlying risks associated with hiring or investing in C-suite execs, a background check should also include reviewing criminal records, regulatory actions, civil lawsuits, bankruptcy filings, corporate records and media articles. It is also quite useful to contact former employees of the company and references and business associates of the executives to yield more information that may not necessarily be in the public domain; e.g. a former employee might have been exposed to sexual harassment but never actually filed a lawsuit.

Using creative search strategies and thorough information analysis when searching these public record documents, background checks ensure you will know about any issues an executive is involved in that may impact your deal such as being sued by former investors or partners; maintaining multiple business interests that would conflict with your interests; articles or social networking sites that are inflammatory or problematic; or, a criminal past that questions the integrity of the executive (like when we uncovered a few founders of a tech firm spent time behind bars for running a national drug ring).

Being informed is crucial and background checks are the easiest and most comprehensive means to this end. The information unearthed in a background check may not necessarily kill a deal but it will give you leverage and understanding before moving forward so you can properly assess the risks. And, in light of the Scott Thompson/Yahoo! scandal, who doesn’t want to be a little more prepared?

Joelle Scott is the Director of Business Intelligence for Corporate Resolutions Inc. Opinions expressed here are entirely her own.