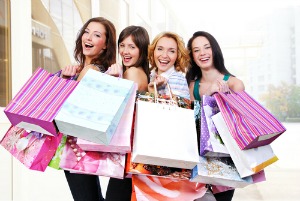 NEW YORK, June 21 (Reuters) – Retail companies are proving to be a bright spot in a gloomy market for private-equity backed mergers and acquisitions, with at least half a dozen deals since the beginning of May.

While global private equity backed M&A fell 19 percent to $102 billion in the first half of 2012, the retail segment surged 114 percent to $13.7 billion, according to Thomson Reuters data.

Among the recent spate of retail deals: The sale of Lane Bryant’s parent Charming Shoppes Inc to Ascena Retail Group Inc for $890 million; Kenneth Cole’s $280 million taking private of the namesake company he founded; and Talbots Inc buyout by Sycamore Partners for $193 million.

“He is such a trusted advisor to such a wide range of decision-making executives that his advice is truly indispensable,” said Stefan Kaluzny, a managing director of Sycamore Partners, a New York-based private equity firm.

Kaluzny was advised by Selig, Executive Vice Chairman of Global Corporate & Investment Banking at Bank of America, during his firm’s tenuous deal talks with Talbots, which saw Sycamore finally pay a 113 percent premium for the ailing retailer after several months of on-again off-again negotiations.

Selig has nearly 30 years of deal experience, and clients said they value his perspective particularly in difficult markets. “Quite simply, he gets deals done that others can’t,” Kaluzny said.

Selig “understands both sides and figures out a way to overcome the barriers so you can get the deal done,” David Jaffe, President and CEO of Ascena Retail Group said.

Although Selig counts himself as a generalist, dabbling in other sectors including technology, media, and telecommunications, he has developed a reputation as the “go to” banker in retail.

Selig credits most of his knowledge of the retail industry to one of his closest clients: Les Wexner, a formidable merchant in the United States often described as the Warren Buffett of retailing.

“When you can say you are Les Wexner’s banker, it is a real feather in your cap in the retail sector because he has been a leader for two generations and has built so many businesses that have been so extraordinarily successful,” Selig said.

Wexner founded the Columbus, Ohio-based apparel company Limited Brands Inc, which houses Victoria’s Secret and Bath & Body Works. Over the last 10 years Selig has worked with Wexner and his team in selling a number of their businesses, which include chains New York & Company and Express.
Wexner was not available for comment.

Currently Selig and his team are advising wedding apparel maker David’s Bridal Inc on its sale process, according to sources close to the matter.

Selig declined to comment about that process. However, he pointed to two trends in the retail M&A market: companies selling because they are overperforming or are underperforming.

Talbots, Charming Shoppes and Kenneth Cole Productions Inc fall into the latter category. For example, designer Kenneth Cole said one reason for taking his fashion house private was the pressure being public places on the company to deliver short-term results rather than developing the business in the long term.

“They are underperformers, and they are businesses that need a little bit of TLC and a new approach,” Ascena’s Jaffe said.

Private equity firms have been attracted to these retailers, deeming them relatively safe investments with an acceptable rate of return.

“To some degree it can be seen as a defensive investment,” Selig said.

U.S. buyout activity has totaled $56.6 billion so far this year, accounting for 57 percent of worldwide private equity deal making, an increase of 16 percent compared to last year at this time, according to Thomson Reuters data.

Selig said he expects consolidation to continue for retail for the rest of the year, but not at the same level of the deals seen so far for 2012.

At the end of the day, private equity sees the power of brands. “If you have the best brand in a category, it tends to have long, lasting and real relevance with the consumer,” Selig said. “Brands are very hard to build and very hard to kill.”