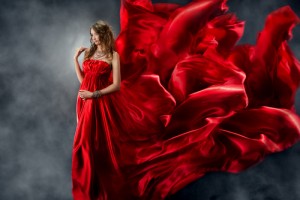 Equity checks for LBOs typically average 20-30 percent, with some as high as 30-35 percent. Only two buyouts have been completed since the financial crisis with equity checks lower than 20 percent, the buyout of BMC Software in August 2013 and vegetable and fruit producer Dole Foods in October 2013.

“The market didn’t love it, but the market is so strong that they were able to do so,” said a banker of the Nine West part of the deal.

Retail is traditionally a hard sector to bank as it is closely linked to the economy and consumers’ discretionary spending. The appearance of several aggressive retail deals in the leveraged loan market is testimony to robust market conditions.

More than $5 billion of retail loans has been sold to institutional investors in 2014 so far, which is nearly equal to the total volume of loans signed by retail companies in 2013, Reuters Loan Pricing Corporation (RLPC) data shows.

U.S. retail sales slowed in January due to unusually cold weather in the U.S. and consumers’ preference for high-ticket items, such as automobiles and home improvements rather than clothing.

But despite lingering concerns about the U.S. economy, investors are discounting retail risk and warming to the industry due to a lack of lending opportunities in other less cyclical industries which is allowing retailers to sign up loans on favorable terms.

Sycamore is restructuring The Jones Group to operate the businesses separately. The sponsor is splitting the company before potentially selling some brands, including high end shoe designer Stuart Weitzman, by raising debt at separate divisions in carve-out transactions.

Sycamore added an initial $250 million unsecured term loan to Nine West, which will be the surviving company when the buyouts and carve-outs are completed, and cut its equity by the same amount.

Although the move pushed leverage up to 6.1 times debt-to-adjusted Ebitda, no investors dropped out of the deal, which allowed Sycamore to reduce the equity again in exchange for more unsecured debt.

Stuart Weitzman’s term loan was also increased by US$30 million and the equity was reduced by the same amount. Despite a price cut to 350bp over Libor from 400bp over Libor, appetite for Stuart loans were equally strong after their trading debut, sources said.

“If you’re looking at M&A, the ability to finance the transaction at a low interest rate is helpful for the economics of the buyer and that holds true for private equity (firms) like Sycamore taking Jones private, or Bauer,” said Scott Tuhy, vice president at Moody’s Investors Service.

In addition to M&A, retailers are jumping in with opportunistic refinancings and recapitalizations to cut borrowing costs, reduce interest payments or pay dividends to shareholders. Clothier J. Crew Group is refinancing an existing term loan B and senior unsecured notes with lower-cost bank debt. PVH Corp, the owner of Calvin Klein and Tommy Hilfiger, is also raising loans to refinance debt and cut interest costs.

As fashion retailers companies operate in a low-growth sector, many are targeting M&A and international expansion for growth and are looking for greater flexibility in their financings to accommodate bolt-on acquisitions.

“Apparel companies are operating in a mature segment. Consolidation is one way to gain efficiencies, and apparel distribution is a place where scale matters,” Tuhy said.

“If you look at the PVH/Warnaco transaction, Warnaco had a larger international distribution network than PVH had, so being able to tap into overseas growth wasn’t the only factor — but that was a factor.”

Fashion risk posed problems for denim company True Religion and specialty retailer rue21 last year, which were forced to sweeten pricing to get deals past skeptical investors. Fashion risk can be mitigated by strong brand names or diversification among brands and online and international presence, Tuhy noted.

“J. Crew has one of the strongest management teams in the business,” Tuhy said. “They haven’t performed well just for one quarter, they’ve done it for a number of years. I think they have figured out the secret sauce.”