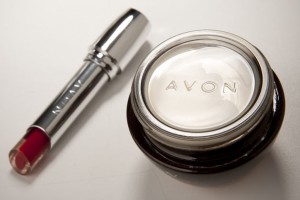 On Monday, Coty offered to buy Avon Products for $23.25 a share or $10 billion. The offer represents a 20% premium to Avon’s closing share price on Friday. More importantly, Coty says it would boost the offer if “Avon can demonstrate through diligence that there is greater value.” Coty’s $10 billion bid was also raised from a $22.25 proposal the firm made on March 7th.

The $10 billion offer from Coty isn’t a pure private equity deal. Coty, which has annual net sales of $4.5 billion, is controlled by Joh. A Benckiser GmBH, which also operates Reckitt Benckiser Group. Berkshire Partners and Rhone in January 2011 took a minority stake in Coty.

Coty said that BDT & Co., the investment and advisory firm from Byron Trott, is arranging financing from the Joh. A Benckiser companies and BDT Capital Partners. Also, some LPs from BDT Capital Funds will be providing financing for the Avon bid, along with  J.P. Morgan Securities.

We’ve been waiting a long time for the return of the $10 billion LBO. The last mega LBO occurred in 2008 when Bain Capital and Thomas H. Lee acquired Clear Channel Communications for $23.2 billion, according to data from Thomson Reuters. We got close late last year when KKR led an investor group to buy Samson Investment for $7.2 billion. The Blackstone Group also bought nearly 600 shopping malls from Australia’s Centro Properties for $9.4 billion earlier in 2011.

As late as last December, PE execs were gloomy about prospects for return of the mega LBO. Today, that appears to have shifted.

“The credit markets are returning in force, so yes I believe there is probably room for such a deal,” one buyout exec says.

The credit markets are strong enough to support a $10 billion LBO, another PE exec adds. “Yes, there will be more,” the source says. “People are starved for yield and there is a lot of cash sitting on the sidelines waiting to be lent.”

One banker says the credit markets have returned to full strength for the right credit or situation.