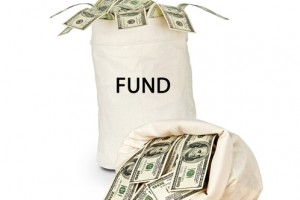 (Reuters) – Blackstone Group LP is preparing to launch a multibillion-dollar fund that will buy stakes in hedge fund managers in the secondary market, as traditional buyers such as banks pull back amid disappointing fund performance and regulation.

Blackstone, whose hedge-fund solutions business has $46.2 billion in assets under management, sees an opportunity to provide an exit for banks, insurers and other financial institutions that need buyers willing to take on what are particularly illiquid investments, a source familiar with the firm’s plans said.

No target for the size of the new fund had been set, although it could attract between $2 billion and $3 billion, the person said. Blackstone will start marketing the fund to potential investors soon, hoping for returns over 20 percent, the source added.

The new fund is the latest example of diversified private equity firms seeking to take advantage of traditional providers of capital on Wall Street that are taking a step back. KKR & Co LP (KKR.N), citing the financing challenges of those relying on the traditional financial services industry, launched a new capital markets business in July, targeting middle-market companies.

While retaining control, hedge fund managers may choose to sell minority stakes in the general partner (GP), the entity managing the fund, to raise capital to seed their funds. With the new fund, Blackstone is now eyeing such stakes from those who have already bought them and aim to sell them.

“We have a fund that seeds new hedge fund managers, and by doing that owns a piece of the GP, and we have a new product that we are working on, which we will be announcing shortly but haven’t announced yet,” Blackstone President Tony James told analysts on a conference call last week, without elaborating.

Several backers of the $2 trillion hedge fund industry have seen the value of their stakes plunge as managers have failed to deliver on their promises. Hedge funds on average gained roughly 5 percent through September, according to hedge fund tracking firms, while the S&P 500 Index .INX rose 16.43 percent over the same period.

These mediocre returns follow a year when hedge funds on average lost 5 percent, while the S&P 500 finished 2011 roughly flat. This means many owners of hedge fund GP stakes may have to sell at a discount to what they paid if they want out of their investments.

What’s more, some financial institutions are shedding illiquid assets to bolster their balance sheet. Others are forced sellers, such as the estate managing the assets of bankrupt Lehman Brothers, that bought a stake in hedge fund manager D.E. Shaw & Co in 2007 and now needs to sell it.

Blackstone is the largest allocator of capital to hedge funds globally. The New-York based firm is the world’s largest alternative asset manager, also active in private equity, real estate, credit and financial advisory.