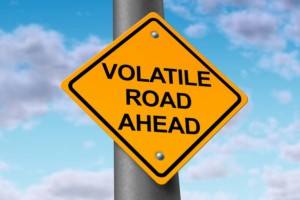 (Reuters) – Carlyle Group LP on Wednesday posted a second-quarter profit after a year-ago loss, but it fell short of Wall Street’s expectation that a stock market rally would benefit the company more, and it struck a gloomy note on the outlook for private equity deals in the United States.

Carlyle said it had $49 billion of available capital for deals, or so-called “dry powder,” at the end of the quarter, including $20.1 billion in private equity and $9.2 billion in energy and real estate. But the Washington, D.C.-based company said it was struggling to find good private equity deals in the United States this year because of intensified competition.

“Right now, because a lot of people frankly hate Europe in terms of the way they think of investments in Europe, we actually see very good opportunities there,” said co-Chief Executive Bill Conway in a conference call with analysts.

“Even with that, I don’t expect that the European business will be able to invest as much as the United States business does,” said Conway, who founded Carlyle in 1987 together with David Rubenstein and Daniel D’Aniello.

Second-quarter economic net income (ENI), an earnings measure comprising cash and paper profits or losses based on how funds have been marked to market, rose to $156 million from a $57 million loss a year ago.

But investors had even higher hopes. Analysts, on average, expected second-quarter post-tax ENI per adjusted share of 56 cents, according to Thomson Reuters I/B/E/S. Carlyle posted 39 cents, and its shares dropped 2.5 percent to $27.60 in afternoon trading.

TOUGH PREDICTIONS
Even though Carlyle had disclosed its preliminary fund values last month, predicting actual ENI remained hard for investors who did not have access to asset-level performance of the company’s various funds.

Sandler O’Neill analyst Michael Kim said fluctuations in value of funds do not matter in the short term because the marks only lead to paper losses or profits and investors see the actual results only when the firm cashes out of an investment.

Carlyle’s pre-tax distributable earnings, which show how much cash is available to pay dividends, were $163 million, compared with $116 million a year ago, as Carlyle took advantage of strong equity markets to exit investments.

The rise in ENI was primarily driven by a 3 percent increase in the value of Carlyle’s funds that generate carried interest, the slice of investment profits Carlyle receives. In the second quarter of 2012 it recorded a 2 percent decrease.

While its private equity funds appreciated by 5 percent during the second quarter of 2013 and its credit and hedge funds were up by 8 percent, its property, infrastructure and energy portfolio dropped 2 percent.

FUNDRAISING COSTS RISE
Total assets under management were $180.4 billion at the end of June, up from $176.3 billion at the end of March. Carlyle said it raised $6.9 billion in new capital from investors during the quarter
.
Carlyle said its latest flagship U.S. buyout fund, Carlyle Partners VI, had raised $10.3 billion so far, exceeding its $10 billion target, and was on track to reach its hard cap limit in investor commitments of $12 billion this year.

Its fundraising success, however, came at a cost.

Carlyle reported its lowest quarterly fee-related earnings in its 15 months as a public company – $26 million versus $36 million a year ago.

It blamed higher fundraising costs for the drop in fee-related earnings, as it retained more people to market its growing array of funds and targeted more sovereign wealth funds, rich individuals and family offices.

The fee-related earnings also fell because some of its funds reached the end of their investment period, triggering lower management fee payouts for Carlyle.