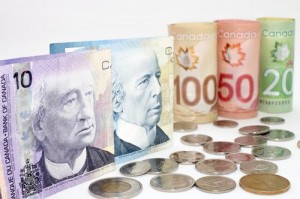 Mark Wiseman, president and CEO of Canada Pension Plan Investment Board (CPPIB) believes that North America has some of the best private equity deal opportunities at the present time, but also that investors are wrong to assume that global markets have returned to normal, according to Reuters. In an interview with Reuters, Wiseman said CPPIB was prepared to “walk away” if  deal pricing “gets too aggressive.” CPPIB reported assets rose to $188.9 billion in the first quarter of 2013.

The head of Canada Pension Plan Investment Board said he was prepared to walk away from future deals if pricing gets too aggressive.

“I’m surprised by the degree of stability in markets, and that particularly relates to Europe,” Mark Wiseman, CPPIB’s Chief Executive, said in an interview with Reuters.

“I would suggest that overall, investors seem to be getting increasingly comfortable with a global return to normalcy. I’m not sure if that comfort is well placed,” he said.

The CPPIB as well as Canadian pension fund peers, such as the Ontario Teachers’ Pension Plan and Caisse de dépôt et placement du Québec, have been among the world’s most active dealmakers in recent years, making major bets in Canada and abroad.

“There is a risk that investors will ignore some of the fundamental issues that still exist in global markets and global economies and will be tempted to overpay, and we have to be sure that when that happens, we simply let transactions and opportunities pass us by,” he said.

“When other people are willing to pay more, we can simply leave our capital invested in passive alternatives … (and) it means fewer deals.”

Wiseman said he sees opportunities across asset classes and geographical regions in the months ahead, including real estate deals in growth markets that may be out of favor, and infrastructure investments in Latin America and Europe.

“I think in private equity, probably the opportunity set that is most interesting at the present time is North America,” Wiseman said.

The CPPIB said its assets rose to C$188.9 billion in the first fiscal quarter from C$183.3 billion three months ago, as it notched a gross investment return of just 1.1 percent amid rising interest rates and bumpy equity markets.