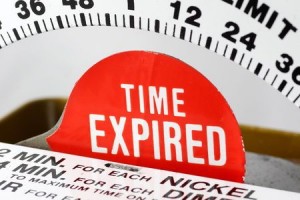 (Reuters) – Buyout firms have a record level of expiring funds this year, raising the prospect that many will have to ask investors for more time to do deals or not use the money at all.

Advisory firm Triago says that $145 billion of so-called dry powder – money pledged by investors, typically for set periods of time – is due to be spent in 2013. Triago estimates that 10 percent of the $145 billion will remain uninvested.

Unless the fledgeling recovery in the market for new deals gathers pace, investors could end up having paid management fees on ringfenced capital that sat idle and for which they received no return.

The damage this can do to a private equity firm’s reputation, and its ability to raise future funds from investors, increases the pressure to put the money to work.

However, the first half of this year does not bode very well for the second. The first-half total for deals across all stages of the private equity funding cycle was down slightly on the previous six months, at $148.6 billion, data firm Preqin says.

The total volumes of dry powder also suggest that deals are hard to come by. Preqin data shows that these uninvested funds are on the rise again after falling steadily since the end of the financial crisis. The total volume in May was $366 billion, up from $355 billion in December.

“There are not many buyouts happening because prices are still pretty high and there is not much debt about from the banks – and what debt there is is very expensive,” Tim Syder, of British private equity firm Electra, said.

While total global deal flow is up $40 billion on the same time last year, the Preqin data shows, it was two big deals – the $28 billion takeover of H.J. Heinz and the $24.4 billion bid for Dell – that stopped volumes sliding to their lowest six-month level since 2010.

In the United States those two deals helped to lift volumes by two thirds. In Europe they were up by 30 percent.

BOOM-TIME BUYOUTS
Deal volumes are also being curbed by cash-rich corporations being able to resist pressure to offload businesses, as well as private equity holding off selling assets that have yet to reach a level at which they can be sold profitably.

“We have had the same amount of capital chasing a third or a quarter of the number of deals,” Syder said.

Much of the focus this year has been the recovery in exits for buyout firms. The second quarter, at $93 billion, was the second strongest quarter since 2006, Preqin data shows.

Close to $42 billion has also been raised by private equity firms opting to list businesses on stock exchanges this year as investor appetite for initial public offerings (IPOs) improved.

But private equity has yet to test the strength of the IPO recovery for their big boom-time buyouts, such as Merlin Entertainments and Toys R Us, which are still on their books and tying up investor money.

“That number is huge. It is as big as has ever been the case in private equity,” said Graham Elton, the head of Bain’s Europe, Middle East and Africa private equity practice.

INVESTOR FRUSTRATION
Most investors are expected to agree to extend their investment periods, particularly as many of the funds raised before 2008 suffered an 18-month hiatus when dealmaking collapsed during the financial crisis.

Investors generally see such extensions as preferable to the alternative.

“There’s always a worry … that, as the end of the investment period draws near, money will be ‘spent’ rather than invested,” said Charles Magnay, partner at Altius Associates, which manages and advises on private equity investments.

However, Triago’s estimate for 10 percent of the expiring dry powder remaining uninvested this year is double the historical average.

On top of this, the few firms still able to raise big new funds in the hunt for new fees are now wary of taking on more money than they can later invest.

On Monday CVC Capital Partners said it had raised a 10.5 billion euro ($13.9 billion) buyout fund. A source familiar with the matter said that it had attracted commitments for more than that and had to turn away money.

With few deals to go round and firms under pressure to spend, particularly if investor frustration has been heightened by poor performance from other investments in the fund, there remains a risk of overpaying for less attractive assets.

As Simon Borrows, chief executive of British private equity group 3i, said: “Do the people that raise all the money then remain disciplined and spend it wisely, rather than rush to get the money out of the door?”