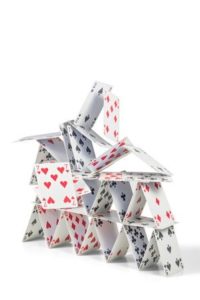 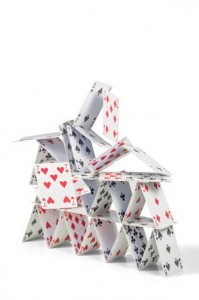 (Reuters) – Michael Dell’s and Silver Lake’s $24.4 billion bid to take Dell Inc private suffered a blow on Wednesday after the company’s special committee rejected their request to change the voting rules in exchange for them offering $150 million more.

Dell shares fell more than 4 percent to as low as $12.28, their lowest level since news of the takeover broke on January 14, highlighting uncertainty among shareholders about the deal’s prospects. They closed down $1.6 percent at $12.66.

Michael Dell, who founded the eponymous company in 1984 from his college dorm-room, has been arguing since February that Dell needs to restructure as a private company to respond to the challenges posed to its computers by smart phones and tablets.

The special committee, set up by Dell’s board to assess whether shareholders were getting the best deal, refused on Wednesday to change the voting rules on the deal but said it would be willing to move the vote’s record date forward.

A person familiar with the matter later said Dell’s chief executive and Silver Lake expect their deal to collapse unless there is a change in how shareholder votes are counted.

This followed two adjournments of shareholder meetings, on July 18 and July 24, after it became apparent the buyout group did not have enough votes supporting the deal.

The consortium estimated that in the latest tally, about 27 percent of Dell’s shares had not been voted and were therefore counted as “no” votes under the current voting standard.

Alex Mandl, the special committee’s chairman, wrote in a letter to the buyout group, “The committee is not prepared to accept your (voting rules) proposal. We are, however, willing to establish a new record date for a vote on a $13.75 per share transaction under the existing voting standard.”

The record date determines which Dell shareholders are entitled to vote on the deal. A second person familiar with the matter said the special committee would be willing to push the record date to August 10 for the vote to be held on September 10.

MOVING THE RECORD DATE
A shareholder meeting to vote under the current system on Michael Dell’s and Silver Lake’s original offer of $13.65 per share is scheduled for Friday.

“I would prefer to see an up or down vote than to see this be dragged out. I won’t try to predict what will happen on Friday because they are so unpredictable,” said Gautam Dhingra, chief executive of High Pointe Capital Management LLC, one of the several small Dell shareholders that oppose the deal at $13.75 per share.

The first source familiar with the matter said the buyout consortium believes that changing the record date is not good enough. Unless the voting standard changes, this is the end of the road for the deal, the source said.

The current record date is June 3 and market experts believe moving it forward benefits Michael Dell and Silver Lake because it gives them the backing of hedge funds that have bought Dell’s stock more recently with a view to earning just a few cents per share when the deal goes through.

It is however far from clear that the support of such investors would compensate for not changing the voting system.

“The question with moving the record date of course is, are there going to be enough votes for them to meet the threshold,” said Andy Levine, a mergers and acquisitions lawyer at Jones Day.

Activist investor Carl Icahn, who has amassed an 8.7 percent stake in Dell and is leading a charge with Southeastern Asset Management Inc against the buyout with an offer of their own, wrote in a letter to Dell shareholders on Wednesday it was time “to let the proposed freeze-out merger die”.

“Take the vote on Friday. Be at peace with the outcome. Immediately set the record date for the annual meeting and give stockholders the choice they deserve after all these months of uncertainty,” Icahn and Southeastern wrote.
If the record date is reset and Friday’s vote is postponed once again, then the annual meeting of shareholders should be held on the same date as the vote so that Dell shareholders are offered an alternative option, the two investors wrote.

If the buyout is rejected, Dell’s board should prevent Michael Dell from increasing his stake in the company and therefore strengthen his hand in a proxy fight, they added.