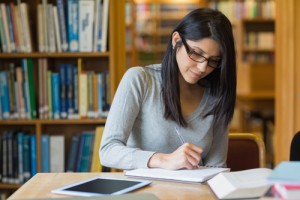 (Reuters) – Textbook rental company Chegg has selected two banks to lead an initial public offering, according to three sources familiar with the matter.

The Santa Clara, California-based company has picked JPMorgan Chase & Co (JPM.N) and Bank of America Corp (BAC.N), the sources said. The offering could raise $200 million, one of the sources said.

Launched nationally in 2007, Chegg has raised more than $200 million in venture funding and debt. Its investors include Insight Venture Partners, Foundation Capital, Gabriel Venture Partners and Kleiner Perkins Caufield & Byers. The company plants a tree for every textbook it rents or sells and has planted more than 5 million trees to date, according to its website.

Chegg  has raised $242 million in venture capital, which is a very large amount for any venture-backed company. Most recently it raised about $25 million in a Series F round at a post-money valuation of $680 million in March 2012, according to Thomson Reuters (publisher of peHUB). The backers for that round were Gabriel Venture Partners, Foundation Capital, Insight Venture Partners, Kleiner Perkins, Lucas Venture Group, Gothic, The Duke Endowment and GSV Capital Group, according to Thomson Reuters.

Chegg, originally called “the Netflix for textbooks,” started life as a website that allowed college students to save money on expensive text books by renting them.

Under former Yahoo! Inc (YHOO.O) executive Dan Rosensweig, the company in recent years has built a broader online education platform that supports activities such as homework note-sharing, class planning, finding professors and tutors, and even recruiting for athletics.

One question hanging over an IPO of Chegg is whether the company will be valued as a new type of education-oriented professional network, such as LinkedIn (LNKD.N).