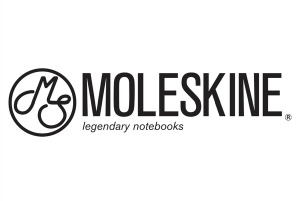 (Reuters) – Italian notebook maker Moleskine has filed with Italian regulators for an initial public offering of stock in Milan to be held possibly by early November, a partner at majority owner Syntegra Capital told Reuters.

The maker of thread-bound jotters based on originals favoured by Vincent Van Gogh and Ernest Hemingway has hired Goldman Sachs, Mediobanca and UBS to run the offering which would make it the third premium Italian brand to go public in little over a year despite a tough economic environment.

The timing for the listing, as well as a valuation for the company and the size of the stake to be offered will be decided according to market conditions, he said.

“There is a first window for the listing between the end of October and early November, but this is only a possibility. We are not the only one to decide,” Ariello said.

Ariello told Reuters in June the offering was likely to be made up mostly of existing shares and Syntegra intended to keep some of its holding following the listing to benefit from its expected future value.

While a string of flotations worldwide have been put on hold because of markets instability, resilient luxury brands such as Salvatore Ferragamo, Brunello Cucinelli, and Prada have successfully gone public since June 2011.

This has prompted other upmarket brands to consider listing.

Founded in 1997 to revive the style of notebook used by writer Bruce Chatwin, Moleskine has seen growth of around 25 percent a year since Syntegra bought a 75 percent stake for around 60 million euros ($77.19 million) in 2006.

In early 2011, when venture capital firm Index Ventures bought a 15 percent stake, the company said its turnover had grown from 80 million euros in 2006 to more than 200 million in 2010. Founder Francesco Franceschi and company management own the company’s remaining shares. ($1 = 0.7773 euros) (Reporting by Antonella Ciancio; editing by James Jukwey)