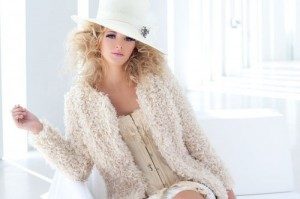 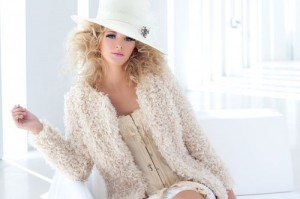 (Reuters) – The owners of Neiman Marcus Inc have agreed to sell the U.S. luxury department store chain to Ares Management LLC and the Canada Pension Plan Investment Board for $6 billion, ending a years-long effort to sell the company.

The Dallas-based retailer, which operates 41 namesake department stores, along with the famed Bergdorf Goodman store on Manhattan’s Fifth Avenue and the Last Call outlet chain, was taken private by a group of investors led by private equity firms TPG Capital LP and Warburg Pincus LLC in 2005 for $5.1 billion.

“We think if you look at where we are in the cycle, it’s a good time to buy this business,” said Andre Bourbonnais, senior vice president of private investments at CPPIB, one of Canada’s largest public pension funds and a global dealmaker whose assets including shopping malls, real estate and infrastructure.

“From a macro point of view, generally people feel more and more confident about the recovery in the U.S. and the sustainability of that recovery.”

The buyers said they expected the deal to close in the fourth quarter.

Bourbonnais praised Neiman’s management team and said the retailer would continue on a “business as usual” track, focusing on strengthening its online retail business and looking for opportunities to expand the brand geographically.

“There is no immediate plans for Canada but I think the management team will continue to look at it as part of their general growth plan and decide if and when it’s advisable to come to Canada,” he said.

High-end U.S. retailer Nordstrom said last year it would open its first four Canadian stores in the fall of 2014.

Neiman has largely stopped opening new department stores, but has focused its attention on e-commerce and the expansion of the Last Call chain.

Bourbonnais said the fund was drawn in part by the expectation of an increase in U.S. luxury spending.

Neiman’s revenue fell dramatically in 2008 because of the financial crisis, but returned to pre-crisis levels this year. It rose 6.5 percent to $4.5 billion in the 12 months ended April 27.

Neiman registered for an initial public offering in July after earlier talks with potential buyers, including sovereign wealth funds, failed to meet the price expectations of its private equity owners, people familiar with the matter told Reuters at the time.

The benefit of a sale over an IPO is that it allows owners to immediately realize their returns. Restrictions and stock market fluctuations can make cashing out on an investment a drawn-out affair and make it more uncertain a buyout firm will get a desirable price.

A portion of the $6 billion price will be used to pay down amounts outstanding on Neiman’s credit facilities. Neiman had long-term debt of $2.7 billion as of April 27.

It was the second large deal in two months involving a storied U.S. luxury department store: Saks Inc SKS.N agreed in July to be sold to Hudson’s Bay Co HBC.TO for $2.4 billion.

Credit Suisse was financial advisor to Neiman Marcus Group, and RBC Capital Markets and Deutsche Bank Securities Inc. acted as financial advisors to Ares and CPPIB, which all provided committed debt financing in connection with the deal.