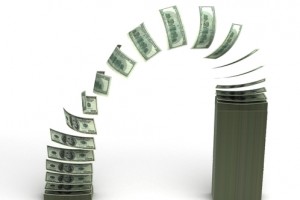 Orix and Macquarie are leading the race after bidding for the whole of Robeco, which is expected to fetch more than 2 billion euros ($2.59 billion), the people said on Monday.

Rabobank has yet to decide which party to sell the business to, and may still pursue a deal with another buyer, the people cautioned, adding that AMG and Permira may still be in the running.

The people asked not to be named because the matter is not public. Representatives for Rabobank, Orix, Macquarie, AMG and Permira did not immediately respond to requests for comment.

The Dutch cooperative bank put Robeco up for sale early this year after it lost its triple-A credit rating from Standard & Poor’s, seeking to prepare for stricter capital rules for European banks.

Initially valued at less than 2 billion euros, price expectations for Robeco have soared, with one source saying the firm could fetch as much as 3 billion euros.

The high price prompted some of the bidders to team up to buy Robeco in what remains a challenging market for mergers and acquisitions in Europe, especially for private equity players that are struggling to secure financing for large deals.

Rabobank has told prospective buyers that it wants to sell the business as a whole, people familiar with the process have said.

However, AMG’s bid with Permira seeks to split up the company, with the asset manager taking on Robeco’s U.S. divisions including Chicago-based Harbor Capital Advisors and Robeco Investment Management, sources said previously. Permira would pick up the group’s European assets.

Robeco had 186 billion euros in assets under management at the end of July – more than twice the size of rival Dexia Asset Management, which was also put up for sale earlier this year. ($1 = 0.7730 euros)

(Reporting By Jessica Toonkel in New York and Simon Meads in London, editing by Soyoung Kim and Matthew Lewis)