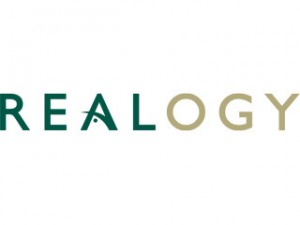 (Reuters) – Real estate services company Realogy Holdings Corp. priced its initial public offering at $27 a share on Wednesday, at the top of its expected range, an underwriter said.

The company, backed by Apollo Global Management LLC, raised $1.1 billion by pricing 40 million shares as planned, making it the third largest IPO in the United States this year behind Facebook and Santander Mexico Financial Group . It had estimated a price range of $23 to $27.

Realogy, based in Parsippany, New Jersey, owns residential real estate brokerage firms including Century 21 and Coldwell Banker. It is one of several companies that Apollo is trying to take public this year.

Last week Apollo-backed container maker Berry Plastics priced its $470 million IPO at the low end of the range. Since then, shares have fallen over 7 percent.

Interest for Realogy may have been driven by investors looking to capitalize on movement in the housing market.

“Housing is turning around slowly and coming back from the very deep bottom that it hit,” said Celia Chen, a senior director at Moody’s Analytics who specializes in housing economics. “There’s a lot of businesses related to the market for home ownership, including real estate agencies, who will benefit from stronger housing demands.”

Archstone Inc, the apartment owner and developer owned by Lehman Brothers Holdings Inc, filed for an IPO in August.

The Realogy IPO comes on the heels of successful debuts from other companies in the real estate sector including Trulia .

Realogy plans to use the proceeds from the offering to cut its debt, which totaled $7.34 billion as of June 30.

Realogy was spun off from Cendant Corp in July 2006 and later taken private by Apollo for about $6.65 billion at the height of the housing boom. It generates revenue from royalty fees under long term franchise agreements. These fees are based on a percentage of the franchise’s sales commission.

Ten companies are hoping to raise a combined $3.5 billion through initial public offerings this week, according to markets data provider Ipreo.

The market for IPOs has largely been mixed this fall, with few companies pricing at the top of the expected range.

“There’s been a continued general reluctance by investors to dive in whole hog,” said Lee Simmons, industry specialist at Dun & Bradstreet. “They’ve seen some big IPOs go out of the gate fall flat and so their expectations are higher.”

Realogy will list its shares on the New York Stock Exchange under the symbol “RLGY.” (By Olivia Oran)