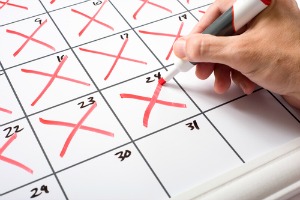 Aug 21 (Reuters) – The U.S. Securities and Exchange Commission has delayed for a week its consideration of new rules to lift the ban on general advertising for private securities offerings, the regulator said on Tuesday.

The controversial solicitation rules would scale back a decades-old ban on broad advertising to investors for certain private offerings. Supporters say the change would spur economic growth, but critics have said it could lead to fraud.

The SEC has already missed a 90-day deadline to implement the rules as required by the Jumpstart Our Business Startups Act, or JOBS Act, which was signed into law in April. The law reduces a variety of securities regulations to help smaller companies more easily raise capital.

SEC spokesman John Nester declined to comment on the reason for the delay on the new solicitation rules.

In addition to rolling back the solicitation ban, the JOBS Act raises the number of shareholders that triggers public financial reporting requirements and permits a new capital-raising strategy known as “crowdfunding,” which lets investors take small stakes in private start-ups over the Internet.

The law passed Congress with bipartisan support but faced opposition from some Democrats and advocacy groups who said it would roll back important investor protections.

Many of the provisions took effect automatically, but others require SEC rulemaking. The agency has struggled to put out rules called for by the JOBS Act, on top of its already massive workload from the 2010 Dodd-Frank financial oversight law.

Regulators considered speeding up the process of implementing the solicitation rules through an interim final rule that could be adjusted later after considering industry comments, a source familiar with the agency’s thinking has said. While it is a less common approach, the SEC has implemented rules this way in the past.

Officials later decided to go through the normal process, proposing rules for public comment and finalizing them later.

“This transparent process will provide the opportunity for feedback from companies, investors and market participants who may be impacted by the final rule,” Nester said in a statement last week.

Investor groups and other organizations encouraged the SEC to take its time with the new rules, but congressional Republicans have criticized the slow progress.

Representative Patrick McHenry, who leads the House subcommittee that oversees financial services, said in a letter to Schapiro last week that the agency was “kicking the can down the road” and that if the SEC issued proposed rules, regulators likely would not finalize the rules until next year.

McHenry said regulators had received plenty of time to solicit public comments before voting on the new rules.