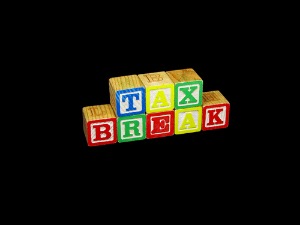 (Reuters) – Two investment firms could walk away from the bankruptcy of solar panel maker Solyndra LLC with hundreds of millions of dollars in future tax breaks, the U.S. government said in court papers seeking more information on the arrangement.

Units of Argonaut Ventures and Madrone Partners could end up with “significantly more” than $500 million in tax benefits as part of Solyndra’s bankruptcy, the Department of Energy and the Internal Revenue Service said in a bankruptcy court filing on Friday.

Under the bankruptcy plan, the U.S. government is unlikely to recoup much of its $528 million loan to Solyndra.

The government agencies asked the U.S. Bankruptcy Court in Wilmington, Delaware, to reject Solyndra’s “disclosure statement,” which describes its plan to repay creditors, unless the company provides more details on the tax benefits.

Under the proposed plan, tax benefits such as “net operating losses” would be preserved for Argonaut, which is controlled by a foundation linked to billionaire George Kaiser, and Madrone. Under a 2011 restructuring, the two firms committed to investing $75 million to keep Solyndra afloat with the condition they would be repaid before the U.S. government.

“Argonaut and Madrone could potentially use Solyndra’s net operating losses to avoid hundreds of millions of dollars in future income taxes that they would owe on income generated by business ventures wholly unrelated to the debtors,” the government agencies said in the filing.

Debra Grassgreen, an attorney with Pachulski Stang Ziehl & Jones, which represents Solyndra, declined to comment beyond saying that the company would file a reply with the court.

Argonaut and Madrone did not immediately respond to requests for comment.

Solyndra filed for bankruptcy a year ago as it could no longer compete with plunging prices of solar panels imported from China. The company has sold everything from its remaining inventory and assembly equipment to office computers in a bid to raise money to repay creditors.

The company’s federal loan, awarded as part of a government program to promote clean energy and subsequent collapse sparked an 18-month investigation by Republicans who criticized the Obama administration for failing to cut the government’s losses on the investment.

Republicans at the time had accused the White House of making decisions to favor Kaiser, who was a fundraiser for Barack Obama’s 2008 presidential campaign.

The White House has defended the Solyndra investment, saying the Republicans investigation confirmed the decision to make the loan was “merit-based.” (By Tom Hals)