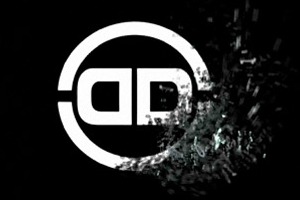 Reuters – Digital Domain Media Group Inc , which won Academy Awards for visual effects in films including “Titanic,” filed for bankruptcy protection on Tuesday and said its production business would be sold, raising questions about millions of dollars in Florida subsidies for a new studio.

The company, whose founders include “Titanic” director James Cameron, went into Chapter 11 bankruptcy just 10 months after its initial public offering, with the company’s market value tumbling from a peak of $400 million in May.

On Tuesday, Digital Domain said it had agreed to sell its production business — the bulk of the company — for $15 million to private equity fund Searchlight Capital Partners.

A one-day auction is planned on Sept. 21 to solicit competing bids, as required by the bankruptcy code.

The bankruptcy is a black eye for Florida state and local officials who committed $135 million to subsidize the construction of a state-of-the-art studio in Port St. Lucie, which the company closed last week.

The Florida Department of Economic Opportunity demanded on Tuesday the immediate repayment of $20 million of state funds the company had received. Spokesman Ben Wolf told Reuters the department was exploring its legal options to recover the funds.

Enterprise Florida, a public-private partnership that was involved in negotiating the incentives for Digital Domain but later recommended against providing support, said it was looking at clawback provisions.

“We’re looking at the company saying ‘OK you’re not going to meet these job requirements so we need to start talking about a repayment plan,'” said spokesman Stuart Doyle. “We would go aggressively after our investment.”

It was not immediately clear how much of the promised subsidies were paid.

Digital Domain has worked on more than 90 major motion pictures, including “Pirates of the Caribbean: At World’s End,” “Transformers,” “The Curious Case of Benjamin Button,” “Star Trek” and “X-Men: First Class”.

Like other industry players, it has struggled with low margins as movie studios can pick from a range of vendors around the world to produce computer-generated images.

The company recently ventured into movie production by co-producing the movie version of the popular science fiction novel “Ender’s Game,” starring Harrison Ford, which is expected to be released next year.

Digital Domain said it needed to finalize the sale quickly, through the one-day auction, or Hollywood studios would cancel work from the firm.

However, a bankruptcy attorney said a 10-day sale schedule was “incredibly short” and may make it difficult to find bidders as well as leave creditors little time to review the process.

“The question here is whether the need for the sale to occur within 10 days is a legal emergency, created for the benefit of the purchaser,” said Kenneth Rosen of Lowenstein Sandler.

Digital Domain raised $42 million in an initial public offering in November but said last month that it was looking at strategic alternatives and had hired Wells Fargo Securities LLC as financial adviser.

The company said in court documents that it was in breach of conditions on some borrowing. It listed total debts of $214.9 million and total assets of $205.0 million in its filing.

“As a result of negative working capital, the company failed to meet the liquidity covenants and was running out of cash,” Chief Restructuring Officer Michael Katzenstein said.

Former Chairman and Chief Executive John Textor, who is also the company’s second-biggest shareholder, resigned last week, saying he was in “profound disagreement” with the decision to close the Florida studio.

As of Aug. 28, Textor controlled about a quarter of Digital Domain, according to Thomson Reuters data. Private equity firm Palm Beach Capital is the company’s largest shareholder with a 38 percent stake as of Aug. 14.

The company also faces a class action complaint filed by a former employee who accused it of mass firing without giving due notice, which would be a violation of the federal WARN Act.

Digital Domain shares traded on the over-the-counter market for 11 cents on Tuesday, down 80 percent from Monday’s close of 55.4 cents on the New York Stock Exchange, and far from a peak of $9.16 on May. 1.

The Case is In re: Digital Domain Media Group Inc, Case No. 12-12568, U.S. Bankruptcy Court, District of Delaware.