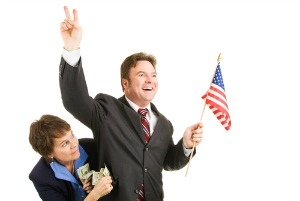 (Reuters) – Google, Amazon.com, eBay, Facebook and other Internet companies have formed a lobbying group called The Internet Association to tackle regulatory and political issues in Washington, D.C., and it is due to kick off on Wednesday.

It will lobby on issues such as allocation of visas for engineers and matters of privacy and piracy, said the group’s president Michael Beckerman, a former advisor to Fred Upton, the chairman of the U.S. House of Representatives’ Energy and Commerce Committee.

Other members include Expedia, LinkedIn, Monster Worldwide, Yahoo! and Zynga.

Formation of the group marks a stronger alliance of Internet companies as they try to influence regulations pertaining to revenue repatriation, cyber security, and sales tax.

“It is the Internet’s decentralized and open model that has unleashed unprecedented entrepreneurialism,” said Beckerman. “Policymakers must understand that the preservation of that freedom is essential to the vitality of the Internet itself and the resulting economic prosperity.”

Google and Facebook are among the companies that have been steadily ramping up spending on lobbying the federal government. Older tech companies, like Microsoft, have long been active in Washington.

Google, which is being investigated by antitrust regulators in the United States and Europe, has lobbied officials at the Federal Trade Commission, the Federal Communications Commission and the Department of Commerce, according to disclosure forms.

Facebook has lobbied regarding online privacy and immigration reform while also talking to lawmakers and their staffs about matters concerning initial public offerings.

In May, Facebook became the first U.S. company to go public with a market valuation above $100 billion. Its market debut was marred by technological problems on the NASDAQ exchange and criticism that the IPO was priced too high.