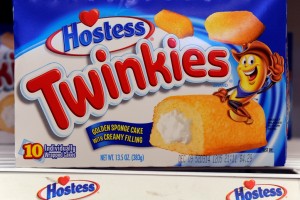 (Reuters) – Hostess Brands Inc, the bankrupt maker of Twinkies snack cakes and loaves of Wonder Bread, is seeking a U.S. court’s permission to go out of business after failing to get wage and benefit cuts from thousands of its striking bakery workers.

The 82-year-old Hostess, which has about $2.5 billion in sales and is one of the largest wholesale bakers and distributors of breads and snack cakes in the United States, filed the request with the U.S. Bankruptcy Court in New York early Friday morning. A hearing on the matter is set for Monday.

The Irving, Texas-based company said the liquidation would mean that most of its 18,500 employees would lose their jobs. Hostess immediately suspended operations at all of its 33 plants across the United States as it moves to start selling assets.

“We’ll be selling the brands and as much of the infrastructure as we can,” said company spokesman Lance Ignon. “There is value in the brands. But some bakeries will never open again as bakeries.”

Ignon said the company was making final deliveries on Friday of products made Thursday night. Hostess’s top-selling products are its chocolate cupcakes, Twinkies cakes and its powdered sugar and frosted “Donettes.”

Hostess products, particularly the golden, cream-filled Twinkies cakes, are deeply ingrained in American pop culture and have long been packed in school children’s lunch boxes. A “#savethetwinkies” twitter feed was getting numerous posts Friday, while entrepreneurs on auction site eBay were asking as much as $100 for a box of 10 Twinkies, according to one listing that went up shortly after the company’s liquidation filing. “Soon To Be Gone Forever,” the listing reads.

Hostess blamed burdensome wage and pension obligations for its financial woes. It said a strike by members of the Bakery, Confectionery, Tobacco Workers and Grain Millers International Union, which began Nov. 9, was the latest in a series of labor troubles that had crippled the company’s ability to produce and deliver products at several facilities.

But union officials and line workers said the company had failed to invest in new technology, brand marketing and modernization of plants and trucks and had focused instead on enriching owners that included the private equity firm of Ripplewood Holdings and hedge funds that include Silver Point Capital.

A few workers were still walking picket lines early Friday morning, many expressing hope that some of the Hostess operations might survive. They blamed what they characterized as “Wall Street” management for the company’s demise.

“The people who are running this company are not interested in making bread,” said Roger Harrison, 56, who bags buns at the Hostess plant in Lenexa, Kansas, and has been with the company for 35 years.

“They are not in the baking industry; they are just interested in the money,” said Harrison. “This company is so unstable that once they close, maybe someone can take over and buy it and give us more stability.”

Hostess had given employees a deadline to return to work on Thursday, but the union held firm, saying it had already given far more in concessions than workers could bear and that it would not bend further.

The company was asking workers to agree to an 8 percent pay cut, a 20 percent increase in healthcare costs, closure of 10 to 12 plants and changes to pension and workday provisions.

Hostess managers have complained that terms of many of the 300 labor contracts that the company has in place have bogged down its ability to be both nimble and cost-competitive. In some situations the company must deliver its bread products separately from its snack cake products, even if they have the same destination, due to its labor contracts.

“The union has been the death of this company,” said a human resources manager who recently left Hostess.

Union leaders at the International Brotherhood of Teamsters, one of a dozen unions representing Hostess workers, said it was management who brought the company down.

“Hostess’ problems go back almost a decade. The company has clearly been mismanaged for quite some time,” said Teamsters General Secretary-Treasurer Ken Hall in a statement issued Friday.

Hostess’s battle with its workforce has brewed for years. Formerly known as Interstate Bakeries Corp(IBC), the company for decades was based in Kansas City, Missouri. It filed for bankruptcy in September 2004 and emerged in 2009 with a host of employee concessions from various unions.

When it filed for bankruptcy protection in January of this year the company said it must withdraw from multi-employer pension plans, address legacy health and welfare costs and secure new capital to modernize its production and distribution operations.

The company has spent the last several months battling for wage cuts and other concessions from 12 unions representing Hostess workers. At one point earlier this year, Hostess had a potential outside equity investor lined up, but that failure to gain pension relief from the Teamsters killed that option, the company said in its court filing Friday.

With court approval, Hostess implemented the contract changes in October. The bakery workers then launched strikes that disrupted operations at 24 bakeries. Hostess said the strikes were the final blow to the already “daunting obstacles” to reorganization.

The company’s court filing said that it hopes it can arrange the sale of groups of assets to be operated as going concerns.

Hostess has 565 distribution centers and 570 bakery outlet stores, as well as the 33 bakeries. Besides Twinkies and Wonder Bread, its brands include Nature’s Pride, Dolly Madison, Drake’s, Butternut, Home Pride and Merita.

The company said in Friday’s court filing that it would probably take about a year to wind down. It will need about 3,200 employees to start that process, but only about 200 after the first few months.

Hostess has said it had been gauging acquisition interest for certain brands for months and in late September received “a number of potentially viable proposals” to purchase certain assets.

SunTrust Robinson Humphrey analyst William Chappell Jr. said Flowers Foods Inc could be among the potential buyers for some Hostess assets. And he said the company’s liquidation was a “positive step” for the sector as it will shrink the number of major vendors.

“The consolidation should lead to a more normalized competitive environment,” he said.

“The brands are valuable and will certainly be sold,” said David Pauker, a restructuring specialist with Goldin Associates who sat on the board of Hostess’s predecessor Interstate Bakeries and has worked in the food industry.”

Although some of the Hostess bakeries would be sold, many or most would be closed and scrapped if the brands were sold to companies already operating bakeries in the same markets, he said.

TWINKIES MAY BE GONE FOREVER

It is not a given that all of the better-known brands will survive, they said. Twinkies, in particular, could be gone forever, said Timothy Ramey, analyst at D.A. Davidson & Co.

“It’s iconic, but in the same way that the great Studebakers are iconic,” Ramey said. “I’d be surprised if the Twinkies brand isn’t gone for good.”

Hostess said its debtor-in-possession lenders had agreed to allow it to retain access to $75 million to fund the wind-down process.

The company has canceled all orders with its suppliers and said any product in transit would be returned to the shipper.

In its January bankruptcy filing, Hostess listed assets of $981.6 million. In a February filing, it assessed the value of its patents, copyrights and other intellectual property at some $134.6 million, although it did not break down the value by brands.

The company’s last operating report, filed with the bankruptcy court in late October, listed a net loss of $15.1 million for the four weeks that ended in late September, mostly due to restructuring charges and other expenses.