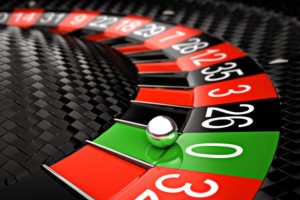 The two buyout firms charged Caesars a $200 million “transaction fee” when they took it private in a $30.7 billion deal in 2008, and have since been taking around $30 million a year as “monitoring fees” for their services to the casino company.

It was common place for private equity funds of that period to keep a portion of the fees and share the rest with their investors, but the practice has drawn criticism from at least two state pension funds in the Caesars case because the debt-laden casino operator’s financials have deteriorated since the buyout.

According to Rhode Island General Treasurer Gina Raimondo, the $6 billion in equity that the TPG-Apollo consortium put into Caesars was now worth just $2.2 billion.

“While I understand investing entails risk and not every investment will work, I expect us to sink or swim together,” Raimondo wrote in an August 19 letter to TPG Chief Investment Officer Jonathan Coslet about the fund, TPG Partners V, which invested in Caesars.

“The clear misalignment of our interests in TPG (Partners) V’s investment in Caesars Entertainment is problematic,” said the letter, a copy of which was provided to Reuters.

The Employees’ Retirement System of Rhode Island has invested $20 million with TPG Partners V. Raimondo said TPG Partners V has kept $252 million of the $717 million in transaction and monitoring fees collected from Caesars and other deals, and called it “a clear misalignment of interest” when fund investors had not seen any profits.

Raimondo asked TPG to retroactively share 100 percent of the TPG Partners V transaction and monitoring fees with its limited partners.

“I personally am concerned about the significant fees that have been paid in conjunction with the Caesars holdings,” Wheeler wrote to Black and Coulter. He did not say what he wanted TPG and Apollo to do with the fees.

TPG and Apollo declined to comment for this story.

The letters from Wheeler and Raimondo were issued after the UNITE HERE labor union, representing nearly 20,000 of Caesars’ 68,000 employees, met with a number of public pension funds to try to persuade them to put pressure on TPG and Apollo to stop collecting monitoring fees from the casino operator.

The letters took issue with the portion of fees the private equity firms were keeping for themselves, and did not call for a reduction in the fees themselves.

“We are happy about the fact that we brought attention to the fee structure, this is a work in progress. What we wanted to do has not been accomplished yet, but we continue to talk to pension funds,” said UNITE HERE spokesman Jim Baker.

Executives, as well as employees, at private equity-owned companies monitor such cases closely because any success by a labor union in influencing public pension funds could embolden other unions to try the same.

“I think this is very rare. Having said that, public pension funds have always been subject to political pressures of various sorts,” said Bon French, chief executive of private equity investment group Adams Street Partners, which manages more than $22 billion for institutional investors.

NOT A SILENT BYSTANDER

As with many of the huge leveraged buyouts that preceded the 2008 financial crisis, Caesars was saddled with a lot of debt, leaving it vulnerable when gambling revenues plunged in the economic recession.

UNITE HERE said that while the buyout firms collected hundreds of millions of dollars in fees, Caesars casinos suffered from staff reductions and other cutbacks. Headcount at Caesars dropped from 87,000 in 2007 to 68,000 in 2012, even as the number of its casinos increased from 50 to 52. Union wages, however, have risen under a contract negotiated before TPG and Apollo took over.

UNITE HERE said it chose to highlight the issue of fees now because labor contracts covering more than 12,000 Caesars employees expired at the end of May. Caesars spokesman Gary Thompson cited these negotiations as the reason the casino operator could not comment for this story.

Raimondo’s spokeswoman said the Rhode Island treasurer had not heard back from TPG so far. Wheeler’s spokesman declined to say if the Oregon treasurer’s letter had drawn a response.

It was not known how TPG or Apollo reacted to the letters from the two state treasurers.

Public pensions are considered an influential investor base as they accounted for 30 percent of the total capital invested in private equity between 2001 and 2011, according to market research firm Preqin.

When the board of the Oregon Investment Council met on May 29 to discuss its investment portfolio, the public pension fund hosted Cindy Ferrara, a 41-year-old cook at Caesars Palace hotel and casino in Las Vegas.

Ferrara had traveled to Oregon together with a few of her colleagues at the expense of UNITE HERE, and she went on to attend the board meetings of public pension funds in Texas, California and Washington.

“My whole objective of going was to share with these investors, from a worker’s perspective, what has been going at Caesars since 2008, when Apollo and TPG took over,” said Ferrara.

Three weeks later, Wheeler sent his letters to Apollo and TPG. “I look to our partner firms to create opportunities and to treat employees fairly,” he said in the letters.

Oregon State Treasury spokesman James Sinks said the issue was brought to the pension fund’s attention by UNITE HERE, but stressed that its board carried out independent research.

“Treasurer Wheeler is not a silent bystander when it comes to Oregon’s public investments, and the public does not want him to be one,” Sinks said.

Joy Fox, a spokeswoman for Raimondo, said the Rhode Island pension fund had communicated with representatives of UNITE HERE, but the decision to contact TPG was made independently.

“This is an appropriate time to reach out to TPG on this issue, because enough time – seven years – has passed to assess the returns, including the split between limited partners and general partners,” Fox said.

“We have heard UNITE HERE’s concerns and shared them directly with the general partners, who also shared them with (Caesars) management,” said California State Teachers’ Retirement System spokesman Michael Sicilia, declining to disclose the discussions the funds had with the buyout firms.

“It is a labor issue and we expect our general partners to be good employers,” Sicilia added.

Another case of private equity fund activism in the United States was in 2010, when Permira Advisors LLP yielded to pressure from public pension funds and politicians and reversed a decision to shut a manufacturing plant of Hugo Boss in Ohio.

This story was written by Greg Roumeliotis and originally appeared on Reuters.com.