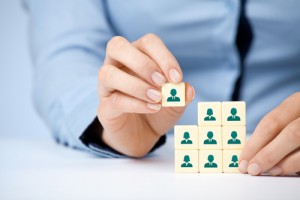 Ridgemont Equity Partners, a middle-market buyout shop, drew in $995 million for its second buyout fund, beating its target by $95 million.

The firm launched its fundraising in March, held a first close on $750 million in June, then held a final close in late October. It stepped up its fund size to nearly $1 billion for Fund II after closing out its first private equity fund at $735 million in 2013.

The Charlotte, North Carolina-based firm doubled its mid-level staff over the last five years from eight to 16. New hires in the last 18 months include Matt Ibbetson, vice president and head of operations and consulting projects at Ridgemont’s portfolio companies. He was hired from Lear Corp.

Ridgement plans to continue its focus on four sectors: basic industries and services, energy, healthcare and telecommunications/media/tech. But it will have more resources available to scour for deals, said Partner Travis Hain.

The firm plans to keep up a steady pace of three to four deals a year, with Fund II ready for deployment in the near future, he said.

When meeting with LPs, the firm stressed its consistency and knowledge around its core deal types. “The theme we like to talk about is having a playbook we know very well,” Hain said.

He added that the firm has already had three exits from Fund I and has another pending. One exit that helped attract LPs was its sale of Aurora Parts & Accessories LLC for an undisclosed sum to an unnamed buyer, Hain said. Ridgemont acquired a majority stake in Aurora parts back in 2011.

Another high-profile deal was Ridgemont’s 2014 sale of Gallus Biopharmaceuticals to DPx Holdings BV, jointly owned by JLL Partners and Royal DSM, for an undisclosed sum.

Ridgemont, which spun out of Bank of America’s private equity unit, plans to stay close to the 16 platform deals in Fund I, but it may do one or two more platforms and some larger transactions with the additional capital, Hain said.