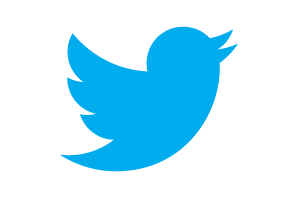 It wasn’t too long ago that venture capitalists were largely perceived as check writers and rolodex sharers. Today, not only is that perception giving way as more VCs provide a significant value add to their portfolio companies, other changes, like a keen adoption of social media, are surfacing too.

In fact, if you’re a venture capitalist and you’re not using social media and other online channels to build your personal brand, you’re likely missing a huge opportunity. While blogging and tweeting may have once been the domain of marketers, today, savvy VCs know that using these and other channels are powerful ways to interact with entrepreneurs, increase their influence, and ultimately drive their success.

At OpenView Venture Partners, we recently looked at how top venture capitalists use social media, focusing on their use of blogs, Twitter, and Quora — the sources many entrepreneurs go to most for information on funding opportunities. The resulting report, according to our research, ranked the 10 most influential venture capitalists online overall, as well as the top five using each of these tools. In the process, we also analyzed the specific tactics those venture capitalists are using to be successful with social media.

For example, here are the top five most influential VCs on Twitter:

While it’s not surprising to see big names like Fred Wilson, Dave McClure, and Brad Feld on the list, what’s interesting is that they all view using Twitter as a fundamental branding activity. That’s why they devote the time and energy to it that it deserves and, frankly, one of the reasons their names are so familiar in the first place. Let’s take a look at some of the best practices they are using on Twitter.

Successful Twitter users don’t just send one-off tweets at random. Instead, they take a more strategic approach, consistently tweeting on specific topics to make their Twitter streams predictable. They also use hash tags (#) to help categorize their tweets and make them easy to search. Wilson, for example, uses the hash tag #MBAMONDAYS to promote his MBA Mondays blog post series, a technique that builds predictability and makes his tweets and blog easy to find.

Most top Twitter users also adopt a conversational and personal style in their feeds. Doing so makes them more interesting and approachable to entrepreneurs and other venture capitalists. McClure, for example, achieves this is by regularly tweeting about his family, travel, and daily life.

The bottom line is this: Social media is quickly becoming the most compelling form of communication in the world. As venture capitalists continue to evolve to meet the needs of their portfolio companies, those looking to significantly increase their influence will have to be proficient at it.

Scott Maxwell is the Founder and Senior Managing Director of OpenView Venture Partners. Opinions expressed here are entirely his own.