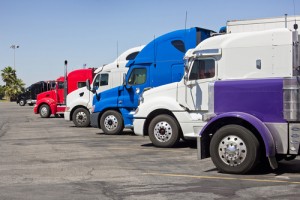 Hope you’re looking forward to a shortened week. We’ll take a break from the Wire on Thursday and Friday, and back Monday, for the holiday.

If you’re in secondaries, I imagine it’ll still be busy.

Concentrated: Speaking of which, we have another GP-led deal to discuss — CCMP is working on a process for two portfolio companies in its third fund: BGIS, which provides facility management services; and Truck Hero, which provides aftermarket accessories for pick-up trucks and jeeps.

The deal would allow limited partners in CCMP’s third fund, which closed on $3.6 billion in 2014, to either cash out of their interests in the two assets, or reinvest in the continuation fund being formed to hold the companies longer. Read more here on Buyouts.

CCMP’s deal is one of a flood of GP-led deals that have hit the market, or are expected to go live between now and early 2022. It’s gotten so busy on the GP-led front that many deals are expected to linger longer than expected as buyers become extra picky.

Buyers attention, while fully engaged with GP-led deals earlier in the year, has been turned to traditional LP portfolios as they look to diversify away from the big concentrated bets they already made. It’ll be interesting to see if any big GP-led deals bet hung up or perhaps even fail to move because of these market dynamics.

What are you seeing? Hit me up with thoughts at cwitkowsky@buyoutsinsider.com.

Sale: Carlyle Group is selling its majority stake in PK, a global customer experience design engineering company, to Concentrix Corp, which is expected to invest about $1.6 billion. Carlyle invested in 2016, acquiring its stake from Endeavour Capital. The deal is expected to close in the first fiscal quarter of 2022.

Also …
RiverGlade Capital, which spun out of Sterling Partners in 2017, is exiting its controlling stake in U.S. Oral Surgery Management, which it formed the same year. RiverGlade is selling the company to Oak Hill Capital. RiverGlade grew the company to include 48 oral surgery practices and 141 surgeons working with patients at 124 clinics across 18 states. Read it here.

That’s it for me! Hit me up with tips n’ gossip, feedback and thoughts at cwitkowsky@buyoutsinsider.com or over on LinkedIn.

Correction: A previous version of this report incorrectly stated that RiverGlade spun out of Sentinel Partners. The firm’s founders were previously executives with Sterling Partners. The report has been updated.