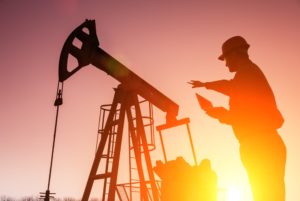 Riverstone Holdings, which just last year closed its first fund independent of The Carlyle Group on $7.7 billion, is out talking to limited partners about its next flagship vehicle, according to three people with knowledge of the situation.

The firm has indicated a potential target for Riverstone Global Energy and Power Fund VI of $8 billion, according to two of the sources, LPs who have heard Riverstone’s pitch and spoke to peHUB on condition of remaining unnamed.

It is not clear when Fund VI would officially hit the market. One LP said, “They’re probably within a quarter of launching.”

Riverstone’s fifth flagship fund closed on $7.7 billion in July after being in the market since mid-2011. The fund had already deployed $2.3 billion in 19 companies at final close, the firm said in a statement at the time.

According to the California Public Employees’ Retirement System, an LP in Fund V, as of Sept. 30, 2013, out of a total commitment of $400 million, $206.4 million had been called. The firm has committed to at least eight transactions since Fund V closed, according to press releases on Riverstone’s website.

Riverstone/Carlyle Global Energy and Power Fund IV, a $6 billion, 2007 vintage fund, was producing a 1.5x multiple and 14.3 percent IRR, according to the CalPERS information.

Fund V was Riverstone’s first as an independent firm with no affiliation to Carlyle. Prior to Fund V, Riverstone and Carlyle operated under a joint venture arrangement, which ended when Riverstone began raising its Fund V.

Riverstone, founded in 2000 by David Leuschen and Pierre Lapeyre, targets buyouts and growth investments in exploration and production, midstream, oilfield services, power and renewable sectors of the energy industry.

Riverstone committed up to $250 million in March to Rock Oil Holdings, a newly formed oil and gas company based in Denver and Houston.