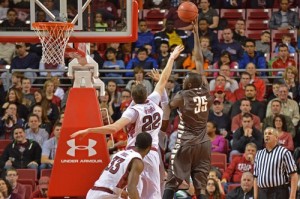 Rogers Media Inc. has received approval from the Canadian Radio-Television and Telecommunications Commission to acquire Score Media Inc., which Rogers bought in October 2012 for $167 million. The acquisition includes specialty sports channel The Score. Canadian venture capital firm Relay Ventures recently spun out the company’s mobile and web property, leading a $16 million investment in the recently established theScore Inc., which is based in Toronto.

Rogers Media today received final regulatory approval from the Canadian Radio-television and Telecommunications Commission (CRTC) to acquire Score Media Inc., which has been held in trust since October 19, 2012. With today’s approval, Rogers Media will integrate the operations and financial results of Score Media effective immediately.

The total consideration paid by Rogers Media in October 2012 was $167 million.

“The Score delivers niche sports news and information programming, complementing Rogers Media’s robust multiplatform sports offerings and significant investment in sports content and experiences,” said Keith Pelley, President, Rogers Media. “Last year, we made the bold statement to make Sportsnet the #1 sports media brand in Canada, and together with The Score, we take another step forward in achieving this goal.”

The Score will be rebranded under the Sportsnet umbrella, which continues to experience double-digit audience growth year-over-year* and deliver award-winning content across five platforms. The rebrand will be unveiled on July 1.

Rogers Media received approval for its request to amend The Score’s condition of licence, allowing for an enhanced viewing experience for Canadians while upholding The Score’s nature of service as a headline sports news service. The changes to the condition of licence are an increase in the amount of analysis and interpretation programming to 15% from 10%, and flexibility to break into live sports event programming every hour to present sports results and video highlights, instead of every 15 minutes. Rogers Media plans for The Score to continue providing sports updates once every 15 minutes during live events when possible, as the nature of the game being played permits.

Rogers Media’s tangible benefits package of $17.1 million (representing 10% of the value of the transaction) will have a positive long-term impact on regional and national amateur sports in Canada, athletes, sports organizations, and sports fans. The funds, which will be directed over a five-year period, will be used to create new programming opportunities for the independent production sector and help foster skills development in multimedia and/or digital media production.

As part of its programing strategy, The Score will continue to deliver its own unique mix of programming and be the prime destination for breaking sports news, analysis and highlights. While some sports properties will be shared between The Score and the Sportsnet networks (Sportsnet, Sportsnet ONE, Sportsnet World), The Score will be the home of exclusive content in Canada, including WWE and the newly-created HOCKEY CENTRAL Playoff Extra, which debuts tonight at 5 p.m. ET and will air daily until the end of the Stanley Cup Playoffs. In addition, Tim and Sid, which currently airs on Sportsnet 590 The FAN, will be returning to The Score in simulcast, beginning tomorrow from 1 to 4 p.m. ET weekdays. Additional programming details will be announced in the coming weeks.

The Score will continue to operate out of the station’s studio on King St. in Toronto’s downtown core, with support from the extended Sportsnet and Rogers Media family.