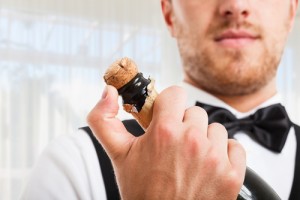 A lot has been written recently suggesting that the current robust lending environment rivals the one found in 2007. We would suggest, however, that the current climate is actually even better than five years ago and is, arguably, the best lending climate we may have seen in decades.

Remember, when the lending environment began to deteriorate in 2008, alternative non-bank lenders barely existed and the unitranche structure was just a glimmer in someone’s eye. The capital structure most borrowers used consisted of either an asset-based or cash flow senior debt combined with a mezzanine term loan behind it for maximum leverage. Need a loan? Call a couple of banks or CLOs who eagerly clubbed up the senior piece, add a layer of mezzanine, and you were done.

But when the banks and other cash flow lenders disappeared, a whole new breed of alternative lenders, consisting of BDCs, hedge funds and credit opportunity funds saw the vacuum left by the banks and quickly rushed in to take their place. These alternative lenders, in addition to their capital, fostered the unitranche loan, a structure which combined both the senior and junior capital layers into one large term loan. Huge amounts of money have flowed into these vehicles, which has allowed them to be more aggressive by providing higher leverage, lower interest rates and greater flexibility on key terms. In fact, according to S&P LCD, 70 percent of all lending today is provided by these non-bank institutions.

Life has been good for borrowers and, just when everyone thought it couldn’t get any better, CLO formation has re-started and banks, both the larger money center banks and the regional banks, have woken up and realized that their loan portfolios are shrinking too much and have decided to get back in the game and offer competitive cash flow loans to borrowers. These institutions do not provide unitranche loans, but they are now providing senior cash flow lending not available in the last five years.

So what you now have is not just an incredible amount of money from non-bank institutions but capital from cash flow lenders such as banks and CLOs eager to lend again. And this new senior debt, together with mezzanine capital providers that have been clamoring to put money to work during this entire period, results in the resurgence of the traditional senior cash flow/mezzanine structure.

Bottom line: While alternative lenders and their unitranche structures still dominate the middle-market lending markets, the return of banks, CLOs and other cash flow lenders gives borrowers two distinct lender bases and structures to use, an ability that did not exist in 2007.

One other comparison between today and 2007 is noteworthy, and that is equity as a percent of total capitalization. While many market participants cite leverage multiples as the best way to gauge lending capacity, we continue to believe that the amount of equity capital a borrower is required to invest is a more telling factor in assessing the aggressiveness of the loan markets. And based upon the S&P statistics and our own anecdotal evidence, equity of approximately 35 percent was required both in 2007 and today. Interestingly, with purchase prices also near record highs and often approaching over 8.0x, it is not uncommon to see total leverage greater than 5.0x for these quality companies.

So when you think that (a) the same leverage is available today as it was in 2007; (b) there is an entire new segment of lenders today that did not exist in 2007; and (c) there are now two viable competing financing structures available to borrowers compared to only one in 2007, we would definitely argue that today is better than 2007.

As we’ve been suggesting for the last several months, if you have any need for debt, you’re not going to find a better time to get it.  But be careful. We all remember what happened after 2007.