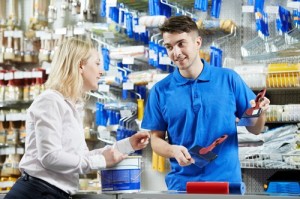 Rona, Inc., a distributor and retailer of hardware, home renovation and gardening products, named Robert Chevrier as Executive Chairman of the Board. With the support of its two largest shareholders, including the Caisse de dépôt et placement du Québec, Rona will also add eight new board members. The Boucherville, Québec-based company, which faced a C$1.8 billion takeover bid from Lowe’s Companies Inc. in 2012, is also recruiting a new CEO.

Rona Announces Changes to Board of Directors

Robert Chevrier Immediately Appointed as Executive Chairman of the Board

Boucherville (Quebec), January 20, 2013 – RONA inc. (TSX: RON, RON.PR.A), the largest distributor and retailer of hardware, home renovation and gardening products in Canada, today announced that it has entered into an agreement with two of its largest shareholders, Caisse de dépôt et placement du Québec and Invesco Canada Ltd., providing for, among other things, several changes to its Board of Directors.

The agreement further contemplates that the following individuals immediately join RONA’s Board:

In addition, two other Board members, Mr. Steven Richardson and an additional nominee, will be included in the Corporation’s circular for election at RONA’s next annual general meeting of shareholders in replacement of two current directors who will not stand for re-election. The new Chief Executive Officer will also join the Board on appointment in replacement of a current director. Under the agreement, Caisse de dépôt et placement du Québec and Invesco Canada have indicated to RONA that they will support the election of the Corporation’s full slate of Director nominees at the next annual general meeting of shareholders on May 14, 2013. As a result of the foregoing changes, the total number of RONA directors will increase from 12 to 14, eight of whom will be new directors.

In commenting the changes, Mr. Paré said, “I am delighted to welcome Robert Chevrier to the RONA Board. He is a seasoned corporate director with tremendous industry experience, having served as CEO and Chairman of Rexel Canada Electrical Inc. and Chairman and Director of Richelieu Hardware. Robert has strong expertise in RONA’s main operating segments of retail, distribution and commercial and professional. The Board is confident that he has the unique experience required to lead the Board as the Company executes on its strategic and financial priorities.”

Mr. Paré continued, “Robert, Bernard, Wesley, Guy and Barry collectively bring a strong track record of operational, retail and distribution success, along with significant leadership experience on public company Boards. In addition to their expertise, they will bring a more diverse geographic representation. This is a very important moment for the Company as it focuses on achieving its full potential. Finally, I would also like to thank Messrs Michel and Palerme for their valuable insight and contribution to the Board since their respective nominations.”

“I am honored to have been selected to lead RONA’s Board,” said Robert Chevrier. “RONA rapidly built a Canadian leadership position in its industry using a different model than its competitors. The Corporation is now at a critical inflection point in its history where it has to refocus on its core competencies to unlock value built over the years for its shareholders, dealers-owners and other stakeholders. I look forward to working with the Board and management team to undertake this challenge and execute on RONA’s strategic plan.

“On behalf of the Board I would like to thank Robert Paré for his contributions and commitment to RONA in the past few years but especially over the past year,” added Mr. Chevrier. “Robert was deeply involved in the Corporation’s affairs since his nomination as Chairman of the Board last May. RONA will continue to benefit from Robert’s vision and experience as a Board member.”

RONA also noted today that it has retained the services of a leading global management consulting firm to accelerate progress on its strategic priorities announced in December. RONA will provide a detailed update, including specific action plans and key metrics, on its fourth quarter earnings presentation on February 21, 2013.

Furthermore, RONA also expects to be in a position to provide an update on its process to recruit a new Chief Executive Officer before the end February, 2013.

Biographical Information Regarding Board Appointments

Robert Chevrier (Montreal, Quebec; Age: 69) currently serves as Chairman and Director of UniSelect, a leading network of independently owned auto parts dealers in North America and is the former Chairman and Director of Richelieu Hardware, a leading North American distributor, importer and manufacturer of specialty hardware and complementary products. He previously served as the Chief Executive Officer and Chairman of Rexel Canada Electrical Inc. (formerly Westburne Inc.) from November 1993 to January 2001 and as its President. Mr. Chevrier had been the Chairman at Richelieu Hardware Ltd. since March 2004. He is Chair of the Board of UniSelect and serves on the Boards of CGI Group Inc., and Cascades Inc. A chartered accountant, Mr. Chevrier earned his Bachelor’s Degree from Concordia University.

Bernard Dorval (Toronto, Ontario; Age: 60) formerly served as Group Head of Insurance & Global Development at TD Bank Financial Group and Deputy Chair of TD Canada Trust. Over his tenure, he was responsible for most of the businesses and support areas of TD Bank successively leading Insurance, Investments and Trusts, Personal Lending, all Retail Banking products, Business Banking, Corporate Strategy and Global Development. Previously, Mr. Dorval served in a variety of roles at Laurentian Group, most recently acting as CEO of the Life Insurance sector. With a history of corporate directorship experience, Mr. Dorval currently serves as Chair of the Board of TD Insurance (Canada) and Chair of the Retirement Investment Committee of TD Bank Financial Group. An actuary by background, Mr. Dorval graduated from Quebec City’s Laval University in 1973 and became a Fellow Actuary in 1979.

Wesley Voorheis (Toronto, Ontario; Age: 59) is currently a Partner of Voorheis & Co. LLP and Managing Director of VC & Co. Incorporated, which act as strategic advisors to institutional and other shareholders. He is the Chairman of the Board of Granite Real Estate Inc. and HudBay Minerals Inc. Prior to the establishment of Voorheis & Co. LLP in 1995, Mr. Voorheis was a partner in a major Toronto law firm.

Barry Gilbertson (London, England; Age: 61) is an adviser with more than 40 years’ experience in property and construction, working with organizations where property is material to their business. He is currently a principal with Barry Gilbertson Consultancy. Between September 1992 and April 2011, he was a member of (and partner since October 1996) PricewaterhouseCoopers (pwc). Prior to that, Mr. Gilbertson held executive positions at Claridge Group plc (formerly Portfolio Property Group plc), Cherrydeal Limited and Butler & Hatch Waterman.

Guy G. Dufresne (Montreal, Quebec ; Age: 71) is an engineer from Ecole Polytechnique de Montréal and holds a masters degree of engineering (including computers) from the Massachusetts Institute of Technology and an MBA from the Harvard Business School. From 1992 to 2006, he was President and CEO of ArcelorMittal Mines Canada Inc. (formerly Québec Cartier Mining Company) and led the turnaround of this iron ore company; for 25 years prior to 1992, he held progressive senior positions within the forest product industry including President and COO of Kruger. Since about 1980, Mr. Dufresne has been a member of the board of several public and private companies and he has worked on numerous committees; he is still a member of the board of RSA Canada, an insurance company. Over the years he has been Chairman of the board of Tembec, Cambior, Conseil du Patronat, Chamber of Marine Commerce, The Mining Association of Canada, The Québec Forest Product Association and Institut Armand-Frappier (a pharmaceutical research center).

ABOUT RONA
RONA is the largest Canadian distributor and retailer of hardware, home renovation and gardening products. The Corporation operates a network of over 800 corporate, franchise and affiliate retail stores of various sizes and formats under different banners, and a network of 14 hardware and construction materials distribution centres. RONA is also a leader in the specialized plumbing and HVAC market, primarily serving commercial and professional customers with a network of close to 60 sales outlets and four distribution centres across the country. With close to 30,000 employees, the RONA store network generates consolidated sales of $4.8 billion. For more information, please visit rona.ca.