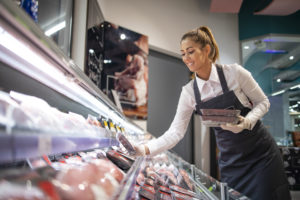 The transaction, announced last week, includes $140 million of equity and $90 million in debt for a combined enterprise value of $230 million, according to bankers with knowledge of the deal terms.

The newly combined company, which sells products ranging from beer and wine coolers and freezers to accessories like beverage and food dispensers, is expected to generate roughly $115 million in revenue this year, the sources said. About 80 percent of  total revenue comes from the US, they added.

Ronin Equity, a seven-person investment team based in New York, closed the deal on Tuesday, September 7. Sources said the firm paid about 7.3x EBITDA, based upon the two assets’ combined EBITDA of approximately $32 million.

The firm aims to grow the platform by acquiring similar companies not only in the US and Canada, but also in Latin America and Europe. It will target add-ons generating at least $1 million in EBITDA or more, David Feierstein, managing partner at the firm, told PE Hub.

“We do zero sales outside of US and Canada… but our customers are global [in nature],” he said.

Feierstein wants to create a platform that offers refrigeration options to big conglomerates like Nestlé, Pepsi and pet food companies like Freshpet internationally.

QBD and Minus Forty, with an annual CAGR of 10 percent over the past five years, sells more than 65,000 units every year, each typically costing between $1,000 and $2,000, Feierstein said. Most of these units, like a glass door refrigerator or a grab-and-go display case, can be found at grocers or pharmacies like Walgreens, he added. 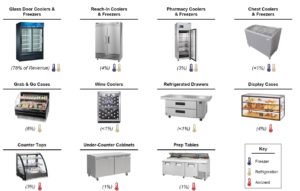 “[Food and beverage clients] will buy our equipment outright and when they win a grocer’s beverage business, they will give the equipment for free as long as they [grocers] only put their products in it,” Feierstein explained. The companies both manufacture and brand the equipment for these clients, he added.

QBD and Minus Forty outsource the servicing of their equipment today. However, Ronin Equity through M&A will look to add service providers and technology companies that provide offerings such as specialized shelving.

The firm has invested or reserved roughly $300 million for follow-on investments, according to the press release.

“The Minus Forty and QBD teams will create a powerhouse in commercial refrigeration, with technologies and expertise that will usher in an era of energy efficiency, high concept design and innovation in a sector that’s growing six percent annually,” said Ronin Equity’s chief investment officer Ike Helene in the release.

The firm met QBD through buyside advisers Bill Strenglis and Cleive Dumas of M&A Advisory Services in February and signed a letter of intent in April. “We [QBD, Ronin and the advisers] went searching for another business and found Minus Forty; it was 10 miles down the street,” Feierstein said.

The existing owners rolled in 20 percent of equity and the transaction was supported by financing from eight banks, including JP Morgan.