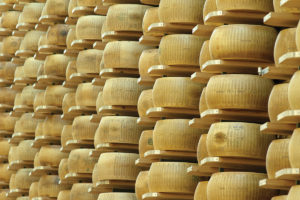 We’ve got a fun news day everybody — cheese consolidation and a new private equity investment in an NBA franchise.

Starting with the former… Ronin Equity Partners is going after specialty cheese and charcuterie shops to consolidate a sector largely untapped by institutional capital.

Kicking off this effort, the firm recently bought three premium cheese companies – Red Apple Cheese, Barron County Cheese, and Cheese Brothers – for just over $50 million combined, sources told PE Hub. The combined business rakes in over $40 million in revenue and has an EBITDA margin of about 15 percent, sources said.

“By the end of this year, I’ll probably buy five more cheese companies,” said David Feierstein, co-founder and managing partner at the firm, declining to comment on financial metrics.

Ronin’s strategy is unlike others. Most firms in the space have taken minority stakes in independent cheese companies and haven’t diversified with add-ons.

From a Ronin Equity perspective, simultaneous combinations like this are its preferred style.

For example, the firm’s debut investment involved buying filtration system maker Komline-Sanderson and concurrently merging it with Barnes International, a manufacturer of coolant filtration equipment. Within two weeks, it bought and combined it with Harn RO Systems.

For more on cheese consolidation, check out Karishma’s full report on PE Hub.

Sports: The San Antonio Spurs are bolstering their investor group, adding Sixth Street and Michael Dell to the shareholder base.

According to CNBC’s Leslie Picker, the new investment pushes the value of the franchise to $1.8 billion, with Sixth Street buying a 20 percent stake and Dell taking another 10 percent. A deal is poised to close next week, an announcement said.

Concurrent with the new investment, the franchise also announced that Peter J. Holt has been elevated to Managing Partner, having served as the Spurs Chairman for two decades before Julianna Hawn Holt was named the organization’s Chairwoman in March of 2016.

The Holt family, having joined the investor group in 1996, remains the largest shareholder of the organization.

Sixth Street, for its part, manages over $50 billion in assets, with an investing approach built around using its long-term, flexible capital base, cross-platform team culture, and data-enabled capabilities to offer solutions to companies across all stages of growth.

The firm has been making the headlines as of late in healthcare technology. On the heels of an investment in Carus Life Sciences in May, Sixth Street a few weeks ago invested behind the $7 billion marriage of two medical record data connectivity businesses, New Mountain Capital’s Ciox Health and Datavant.

That’s it! Have a great week ahead, everybody, and as always, write to me at springle@buyoutsinsider.com with any tips, comments or just to say hello!